Huangshan, named after Mount Huang (Yellow Mountain), is top tourist destination in China. When you finished your hiking in Mount Huang, it is recommended to travel to Shanghai, a modern city full of passion and energy. More than a place where you could relax yourself by admiring the architectures and arts, Shanghai is also a transfer hub which operates frequent domestic flights (or high speed trains) as well as international flights. Every day, there are over 10 pairs of high speed trains running between Shanghai Hongqiao Railway Station and Huangshan North Railway Station. You can easily transfer between the two cities in 2.5 ~ 3.5 hours.

The high speed railway from Huangshan to Shanghai has a distance of 444km (277 miles). It passes through Anhui Province and Zhejiang Province. While traveling from Huangshan to Shanghai, the train will take stopover at 3 ~ 8 stops in Qiandaohu (千岛湖), Fuyang (富阳), Hangzhou East (杭州东), Jiaxing South (嘉兴南), etc. Hangzhou is a beautiful city famous for its West Lake. If your time allows, it is recommended to discover it in 2 or more days. Though the trains stop at different stations, their main route is similar, the map below shows one high speed train route of them. 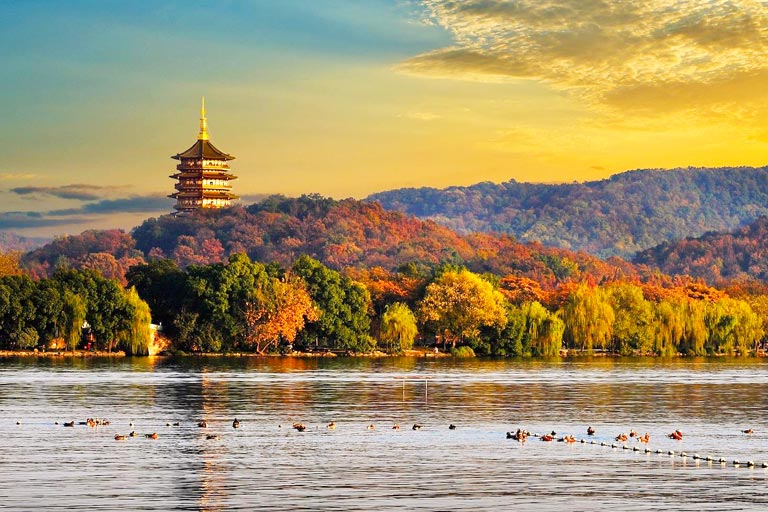