Visiting the fantastic ice and snow world in the real Ice City - Harbin, you can see and feel how colorful winter days can be. Viewing various architectures in different styles, churches, Baroque buildings and those from the Renaissance Period, you can feel how bustle and prosperous this Eastern Paris once was. With more than half a day train journey, you can move on to the great capital, Beijing, where preserves the most profound history and World Cultural Heritages. In Beijing, Great Wall, Forbidden City and Summer Palace are just a tip of the iceberg. There is thousands of years’ history and mysteries await your exploration.

You can choose from one of the 6 daily high speed trains from Harbin to Beijing from 06:54 am to 16:16 pm. The fastest train from Harbin to Beijing needs about 7.5 hours, half an hour longer than the least time for Beijing to Harbin trains. G394 train departs at early morning and arrives at afternoon, while G382 train, the latest train, will arrive before midnight.

Harbin Beijing High Speed Railway is running based on a couple of separate sections, at a distance of 1331km. Originating from Harbin, this line spreads southwestward to Shenyang via Harbin Dalian High Speed Railway, then to Qinhuangdao via Qianhuangdao Shenyang Passenger dedicated line, to Tianjin through Tianjin Qinhuangdao High Speed Railway and finally gets to Beijing via Beijing Tianjin Intercity High Speed Railway. The total travel time is from 7.5 hours to 8 hours, crossing 6 provinces and over 10 midway stations. Please note that there are two departure stations and arrival stations in each city. If you plan to spend summer in the Beidaihe seaside resorts, you can take D28 and D102 trains before getting to Beijing.

Harbin West Railway Station is the first high speed train station in Harbin, which is located about 30 mins’ driving to Harbin Ice and Snow World and same to Harbin Taiping International Airport. Covering an area of 70,000 square meters with 18 platforms and 22 tracks, the station is a big integrated transportation pivot, serving both for high speed trains and ordinary slow trains. It is linked by Harbin Dalian High Speed Railway, the first high speed rail that passes through alpine-cold areas in the world. The train station delivers around 100 high speed trains to Beijing, Shanghai, Tianjin, Wuhan, Qingdao, Jilin, Dalina, Qiqihar, Daqing, Huichun and else cities. Also, the station handles about 30 slow trains to neighbor cities in northeastern China. Whether you want to go to the station or leave here to downtown, you can take public bus (Bus No.11 and 96 are connected with Harbin Railway Station), taxi and subway (Harbin Metro Line 3).

Built in 1899, Harbin Railway Station is an old train station in Harbin and a previous central junction cooperated by China and Russia. It is one of the biggest railway stations in Heilongjiang Province and Northeastern China, managing about one quarter of passengers of Heilongjiang Province. The station, covering an area of 42,122 square meters, is reconstructed with 7 platforms and 13 rail tracks. Harbin Railway Station is mainly connected by Harbin Qiqihar High Speed Railway and several normal railway lines, including Beijing Harbin Railway and Harbin Manzhouli Railway. And there are about 60 high speed trains (all are D bullet trains) departing from this station to north and northeast destinations, like Beijing, Qiqihar, Daqing and Huichun. The station lies merely 2km from the Harbin Ice and Snow World, and about 45 mins’ driving to Harbin Taiping International Airport in southwest suburb. You can take local bus (Bus No.2, 6, 7, 8, 11, 13…) , subway (Harbin Metro Line 3) or a taxi to get to the station or transfer to downtown from there.

Initially built in 1901 of ancient Qing Dynasty, Beijing Railway Station serves as one of the principle train stations in Beijing, which is located about 20 mins’ driving to Palace Museum and 1 hour’s driving to Beijing Capital International Airport in the southwest. The station is connected with many railway lines, such as Beijing Shanghai Railway, Beijing Harbin Railway, Beijing Guangzhou Railway and Beijing Kowloon (Hong Kong) Railway. Besides, most trains to northeast and east China also departs from here. Roughly, the station runs about 50 D bullet trains to Huichun, Harbin, Dalian, Shenyang, Changchun, Qinhuangdao, and more than 100 ordinary slow trains to cities nearby. With its location near East 3nd Road, Beijing Railway Station is well connected by all kinds of transportation. You can take airport bus (No.3 from Beijing Capital International Airport), subway (Beijing Metro Line 2 at Beijing Station, Line 5 at Congwenmen Station and Line 1 at Jianguomen Station) or a taxi from your hotel or scenic spot you are in. Read more about Beijing Railway Station >

On high speed trains from Harbin to Beijing, there are three kinds of tickets are provided, including Business Class Seat, First Class Seat and Second Class Seat. Second Class Seat is the most budget level you will share a row space with other passengers. First Class of Seat is more comfortable and quiet for those who prefer a good rest on the way. If you would like to try the most luxury and superior train travel experience, the Business Class Seat better than the business level on airplane will shock you beyond expectation. Check All Types of Seats on China High Speed Train> 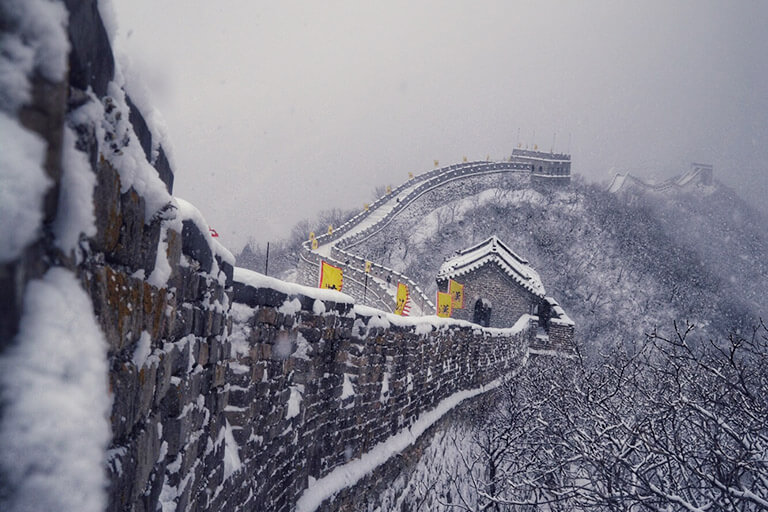