Making a contrast tour to Beijing and Shenzhen can help you get clear images of China’s prosperous past and present booming economy. The development history of Shenzhen is China in miniature. After you enjoyed the cultural and historical essence of Beijing, you can take one of the longest and busiest high speed rail lines in China to experience how the sleeping lion exerting influence on itself and the world. The best answer lies in Shenzhen, the first SEC (special economic zone) in China as well as the window of China’s reform and opening up to the world. Besides, Shenzhen works as an important bridge connecting mainland and Hong Kong in the Pearl River Delta.

Regularly, Beijing operates 2 daily high speed trains to Shenzhen from 07:27am to 10:00am, and both trains arrive at afternoon. Between the two, G71 train is the first train that runs 10.5 hours, nearly 2 hours longer than the second train (G79 train).

Beijing Shenzhen High Speed Railway is a long high speed rail extended from the existing Beijing Guangzhou High Speed Railway. This railway corridor serves as part of the “Eight Verticals and Eight Horizontals” railway network plan of China. It is 2409 kilometers (1,497miles) long and travels for 8 hours 45 minutes to 11 hours from north to south China. Departing from Beijing West Railway Station, the rail line finally reaches Shenzhen Futian Railway Station via Shijiazhuang, Zhengzhou, Wuhan, Changsha and Guangzhou. The tail part, Guangzhou Shenzhen section is constructed as the critical part of Guangzhou-Shenzhen-Hong Kong High Speed Railway, which is planned to be put into use this year. So the future high speed train travel from Beijing and other mainland cities to Hong Kong will be extremely convenient and easy.

Futian Railway Station is one of the major three high speed train stations in Shenzhen. It is located in central area, about 30mins’ driving to Shenzhen Baoan International Airport, 1 hour’s driving to Dapeng Ancient City Unit and 20 mins’ driving to Window of the World and Happy Valley. And it is the biggest underground railway hub in Asia where the trains pass by at the maximum running speed in the world. Serving as a big passenger distribution center in Shenzhen, the station connects Guangzhou, Shenzhen and mainland China with Hong Kong through the future Guangzhou-Shenzhen-Hong Kong Express Rail Link. At present, the station delivers around 85 high speed trains to Beijing, Guangzhou (around 40 minutes), Foshan, Huaihua, Shaoyang (including several pairs of intercity high speed trains to Huizhou and Pingshan, Shenzhen). The three-storey station covers an area of 140,000 square meters with 4 platforms and 8 rail tracks. The basement one is for transfer between city metro lines and trains, basement two is the waiting hall for high speed trains and the deepest floor is the platform station where to take trains. Tourists can get to the station by bus, taxi and three subway lines (Shenzhen Metro Line 2, Line 3 and Line 11). Learn more about Shenzhen Metro Map >

There are three kinds of tickets are provided on high speed train from Beijing to Shenzhen, Business Class Seat, First Class Seat and Second Class Seat. Second Class Seat is the most budget level you will share a row space with other passengers. And the First Class of Seat is more comfortable and quiet for those who prefer a good rest on the way. If you would like to try the most luxury and superior train travel experience, the Business Class better than the business level on airplane will shock you beyond expectation. Check All Types of Seats on China High Speed Train> 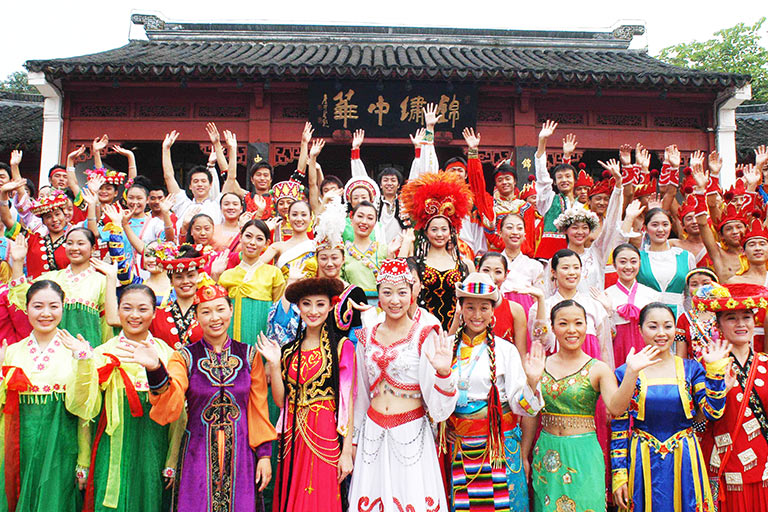