Pingyao is a county in central Shanxi Province, 80 kilometers from Taiyuan, the capital of Shanxi Province. High speed trains are available for travelers who come to Pingyao to explore the UNESCO World Heritage Site - Pingyao Ancient City with a history dating back to 2700 years.

China Discovery has well designed Pingyao High Speed Tours with Beijing, Xian and Taiyuan. Travelers can feel free to choose Pingyao high speed train routes and tours with us and we are here to help you customize your own high speed train tour from Pingyao and other cities in China.

So far, Pingyao can be easily reached from most cities in northern China, such as Beijing, Xian, Taiyuan, Qingdao and more. Also there are trains running between Taiyuan and Chengdu, Chongqing. Among all trains, the following three high speed train routes are the most favored choices among tourists. Read the rough guide to get inspired for your Pingyao high speed travel.

Xian is located in southwest of Pingyao, Shaanxi Province, China. As two of the most popular destinations with ancient architectures, Xian and Pingyao are conveniently linked by Datong Xian High Speed Railway. There are 9 bullet trains (D trains) going from Pingyao Ancient City Station in Pingyao to Xian North Railway Station in Xian, from 07:53am to 20:01pm every day. It takes about 2.5 ~ 3 hours by high speed trains, but 8.5 ~ 10 hours for traditional slow trains. D1901 train (07:53-10:38) is the first train and D2533 train (20:01-22:39) is the last and fastest train. No matter you want to take a half day tour enjoy a whole day tour in Pingyao, you can find a train perfectly match your tour arrangement before you transfer to Xian. Even, you can extend the train travel to Chengdu, Chongqing, Lanzhou and Baoji according to the exact rail lines you choose from. 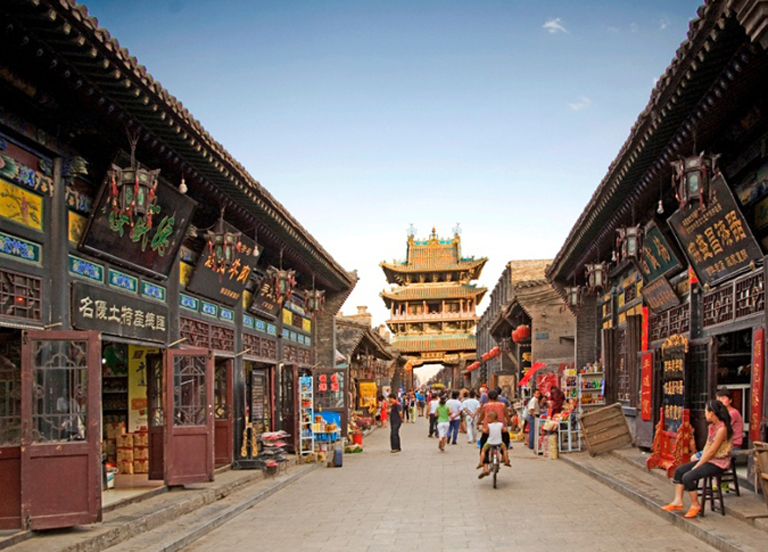 With short distance and high speed train travel, Pingyao Ancient City in Pingyao, Shanxi Province is a popular destination from Beijing, especially for travelers who are interested in Chinese ancient culture and history. Every day, Beijing has 2 high speed trains and 1 bullet train running from Beijing West Railway Station to Pingyao Ancient City from 08:05 to 15:29. All the trains take nearly 4 hours. G627 train is the earliest train departing at 08:05am and arriving at 11:59am, and D2005 train is the last train that costs 10 more minutes than the two G trains. If time permits, travelers are suggested to book train tickets of the D train, because the tickets are much cheaper and the train journey is almost the same.

Taiyuan is the capital city of Shanxi Province, which is located in northeast of Ping Yao. Nowadays, exploring Taiyuan and Pingyao together by high speed trains is super convenient and fast. Those who are fond of Chinese culture and history, like Shanxi Merchant and Shanxi Ancient Commerce, should pay a visit to the two cities, which are excellent showpieces of Shanxi.

Pingyao is regarded as a stopover point between Beijing and Xian. It is worth your time to explore the ancient architecture in the best-preserved ancient walled town, wander in the living and breathing community which will make you feel like you were living in the early 19th century. After visiting Pingyao Ancient City, tourists can also take trains from Pingyao to Chongqing (about 8.5 hours), Lanzhou (about 6-6.5 hours), Jinan, Qingdao, Baoji and Linfen, Yuncheng, Yongji in Shanxi Province.

If you are interested in a China high speed train tour package with Pingyao, please select from our recommended Pingyao High Speed Tours, or just contact our travel experts, they will help you tailor make the itinerary and arrange the train ticket and accommodation quickly and professionally. Here is updated China high speed train schedules & routes and Popular China High Speed Bullet Train Tours >.