Guiyang is the capital of Guizhou Province, located in the east of southwest Yunnan-Guizhou plateau of China. As the transportation hub, Guiyang is the gateway to Southeast Guizhou, South Guizhou and Southwest Guizhou.

Guiyang has become one of the important cities on the High Speed Train network of China (China High Speed Rail Map). It has well-connected with other tourist cities. Below are some most popular high speed train routes from Guiyang, which provides inspiration for you to plan your China exploring tour. 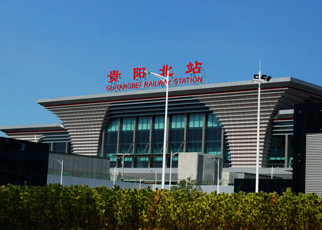 There are over 33 daily High Speed Trains (G, D-trains) running from Guiyang to Guangzhou, including the High Speed Trains traveling from Guiyang North Railway Station to Guangzhou South Railway Station directly (no middle stop along the way) and other Guiyang-Guangzhou high speed trains that make stop in Duyun (都匀), Congjiang (从江), Sanjiang (三江), Guilin (桂林), Gongcheng (恭城), Hezhou (贺州), Zhaoqing (肇庆), etc. Those trains may travel from Guiyang as the first station or travel from Chengdu, Chongqing, etc. and make stopover at Guiyang and Guangzhou. Along the High Speed Train Journey from the mountain city Guiyang to the coastal city Guangzhou, you can enjoy endless mountains, rivers and sea. 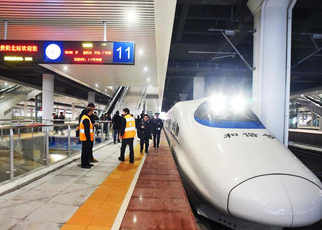 It seems impossible to travel between Guiyang and Guilin by bullet trains, for high speed rails seems hard to be settled in the mountains and hills of Guiyang and Guiyang. However, convenient High Speed Trains have already connected Guiyang and Guilin perfectly. Till the end of July 2018, there are over 38 High Speed Trains (G, D trains) available from Guiyang to Guilin, thus you can choose the perfect one according to your arrangement easily. The natural splendors, farmlands and houses outside the window can give you a unique travel experience of what the life of local ethnic groups in southern China like. 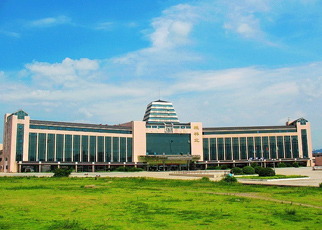 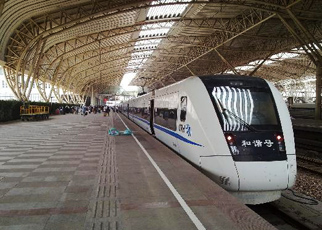 Traveling from Guiyang to Shanghai can give you a real-time sense of the different lifestyle in the most modern city and in the natural city of China. And along the High Speed Train journey you can have a deep feeling about that gradually with comfortable transfer. Till the end of July 2018, there are 7 pairs of G-trains running from Guiyang to Shanghai every day. Both morning trains and afternoon trains are available. Most of the trains travel from Kunming, Chongqing and make stopover at Guiyang, Guilin before arrival at Shanghai Hongqiao Railway Station in Shanghai. 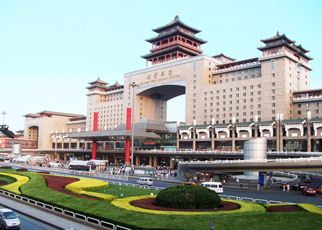 High Speed Trains are also available from the mountain Guiyang to the capital city Beijing. According to the current schedule, there are 4 pairs of G-trains operated between Guiyang and Beijing every day. All the trains arrive at Beijing West Railway Station in the same day of departure. Along the High Speed Train journey, the trains depart from Guiyang North Railway Station and make stopover at Wuhan (武汉), Yueyang (岳阳), Changsha (长沙), Zhengzhou (郑州), etc. 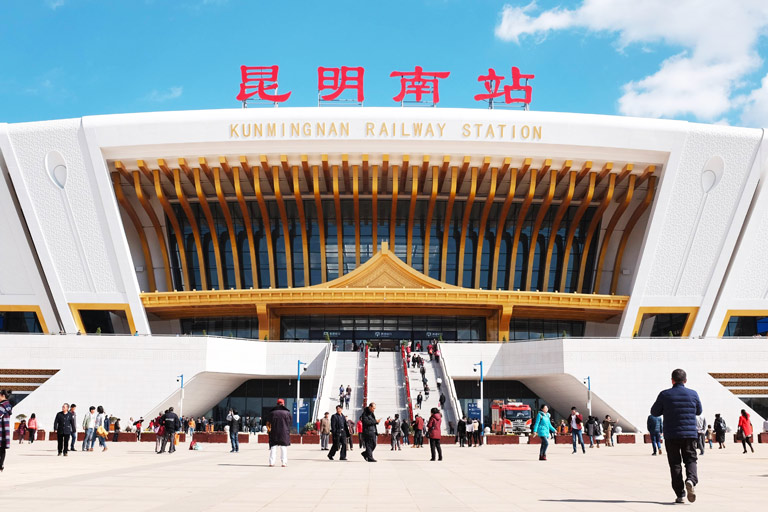 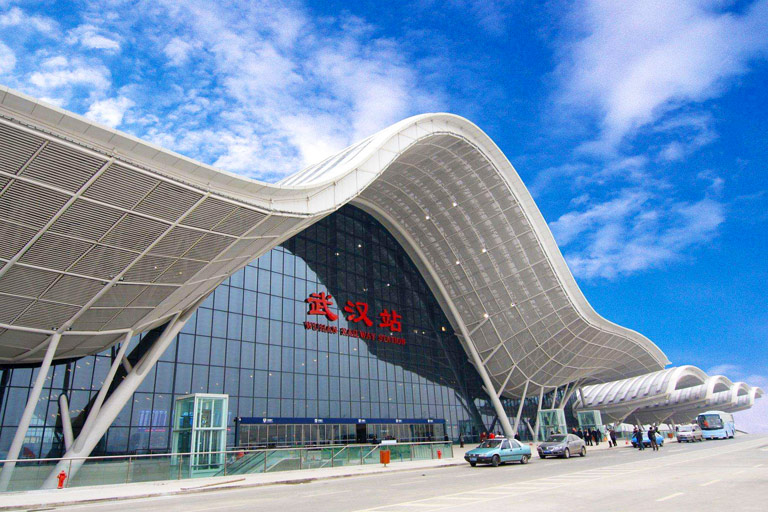 Till the end of July 2018, Guiyang has 11 daily G trains running to Wuhan every day. You could take one train at Guiyang North Railway Station to Wuhan Railway Station, and the trains are available during 08:37~17:53, which need about 4-5.5 hours for arriving. The trains G82 at 08:37, G404 at 10:03 and G1526 at 17:53 are top three fastest trains among all, and they need about 4 hours and 18 minutes to get to Wuhan. The trains would make stop in Kaili (凯里), Changsha (长沙), Yueyang (岳阳), etc., so you also could take the train to enjoy the interesting cultural and historical sites, antique buildings and beautiful view of those traveling destinations.

If you are interested in a China high speed train tour package from or to Guiyang, please select from our recommended Guiyang High Speed Tours, or just contact our travel experts, they will help you tailor make the itinerary and arrange the train ticket and accommodation quickly and professionally.

Guiyang Railway Station is located at No.1, Sitong Street, Nanming District, Guiyang City, Guiyang Province (贵州省贵阳市南明区四通街1号), about 3km from Guiyang city downtown area. There are shuttle buses and taxi for you to transfer to the city and other places nearby.

Guiyang East Railway Station is located in Dairy area, Wudang District, Guiyang, Guizhou (贵阳市乌当区奶牛场片区), about 15km away from the downtown area. Metro line 3, public bus lines and express bus lines are available for traveling around from there.

We China Discovery are very willing to help you with the high speed train tickets booking, tour customization and local guide and transfer arrangement, so you can be able to experience the superb bullet train in style and enjoy all the highlights of your ideal destinations in China without any worry. If you are interested, please feel free to contact our professional travel consultants who are here ready to build your own tour to best suit for your needs and likes. Here is updated China high speed train schedules & routes and Popular China High Speed Bullet Train Tours >. 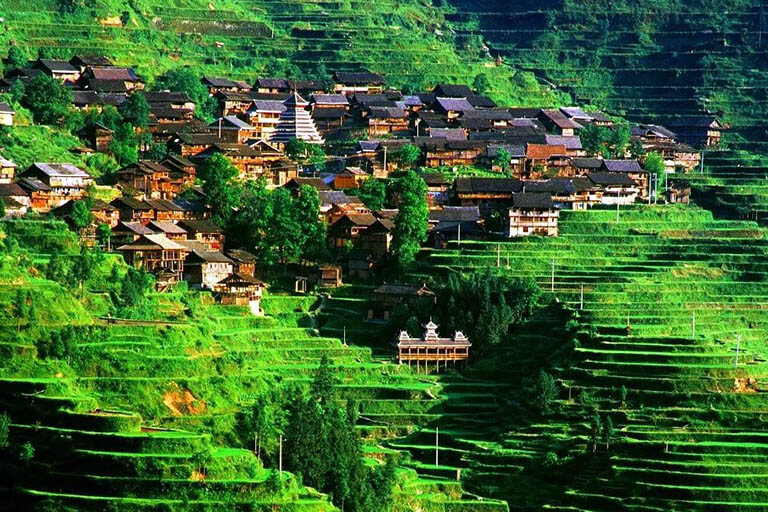 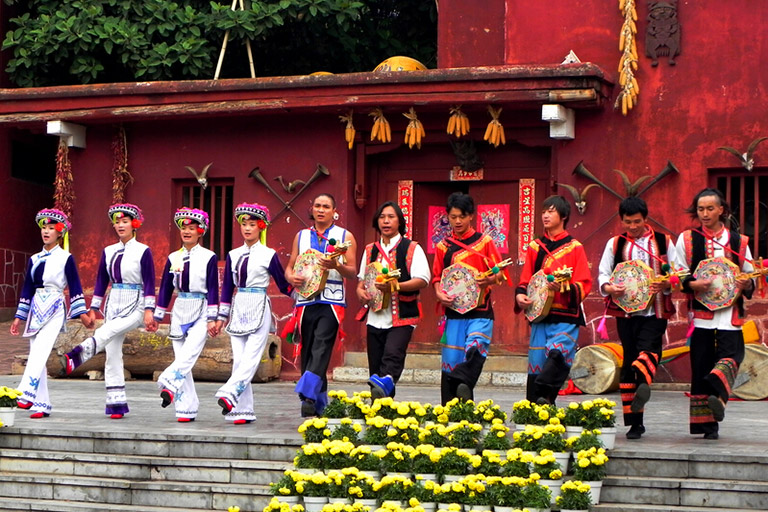