Lanzhou West Railway Station is only the high-speed railway station in Lanzhou city, and it operates only High-speed bullet trains to the megacities such as Beijing and Shanghai, other provincial cities like Xian, Chengdu, Chongqing, and scenic cities in western China, like Xining, Jiayuguan, Urumqi, Zhangye, Dunhuang, etc. And Lanzhou Railway Station also operates trains to those cities, but mostly by normal trains. 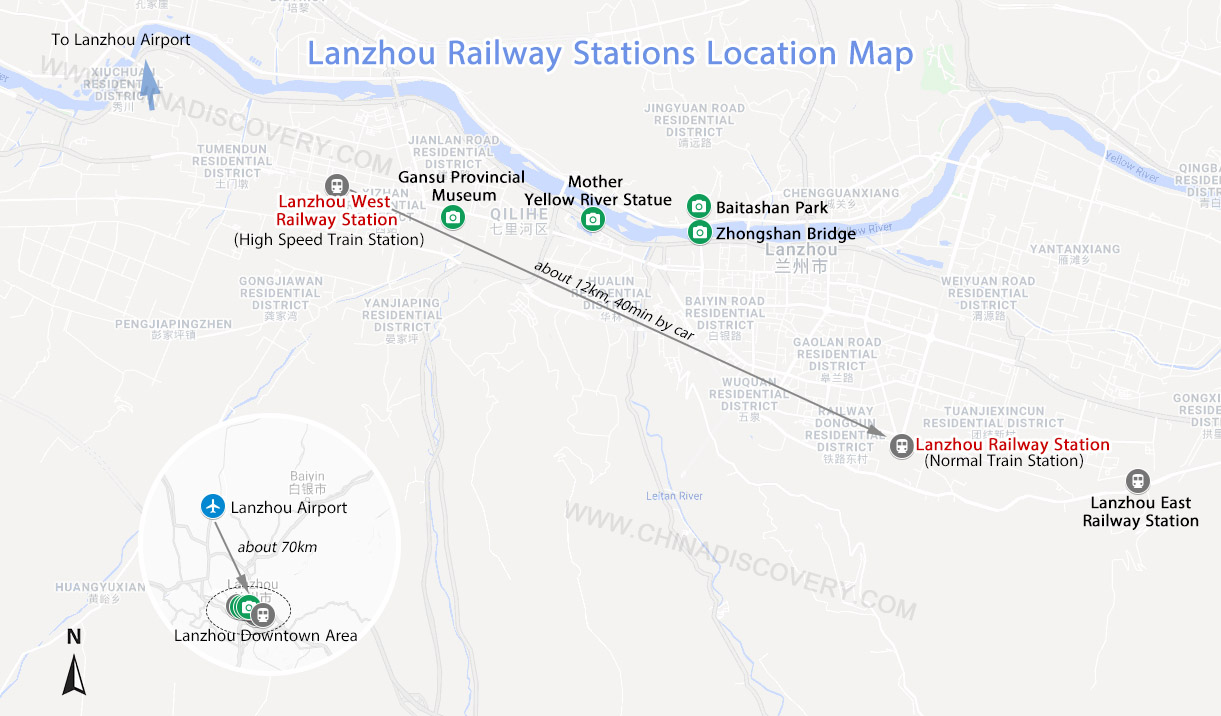 Located in the west area of Lanzhou City, Lanzhou West Railway Station, or Lanzhouxi Railway Station is the only high-speed train station in Lanzhou, serving mainly bullet trains. Connected with subway line 1 and 2 (under construction), it’s easily accessible to the Lanzhou Downtown area. It is the terminal station of both Lanzhou-Xinjiang Railway and Lanzhou-Lianyungang Railway, and it operates trains to the megacities like Beijing, Shanghai, Xian, and the cities in western China, such as Xining, Jiayuguan, Urumqi, Zhangye, Dunhuang, etc.

Lanzhou West Railway Station has two floors above ground and three floors below ground. The total area of the station is 680,000 square meters, and it can hold over 5,000 passengers at the same time. It features 13 platforms, 2 side platforms, and 11 island platforms, servicing 26 tracks. It has become the center for most high-speed services in Lanzhou, serving with Lanzhou railway station for long-distance and regional rail services.

▶ 1F: This is the platform level, and its main function is for passengers getting on the train. On this floor, there are service facilities such as ticket hall, security checkpoints, etc.

▶ B1: The floor is underground, where outbound passengers exit from the platform through two exits from the north and south. This floor includes a bus parking lot, public transfer area, walkway, and commercial zone.

How to Get to Lanzhou West Railway Station 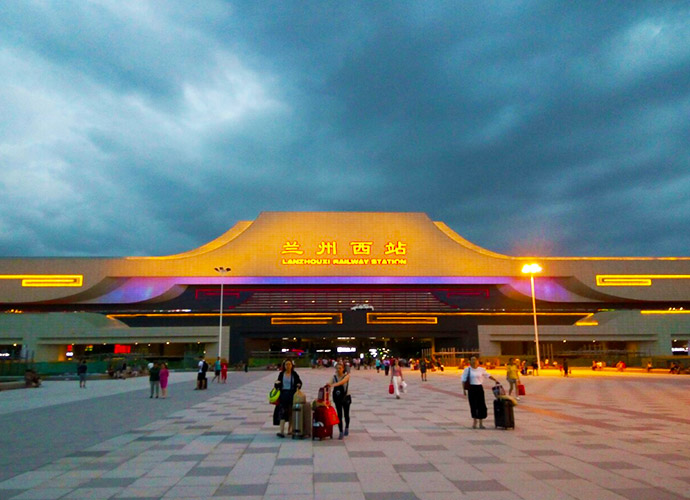 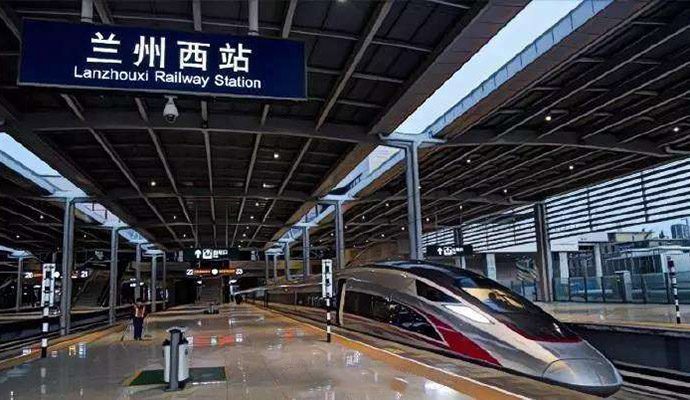 Located in the south of Lanzhou City suburban area, Lanzhou Airport is about 70km away from Lanzhou downtown and it takes more than one hour driving from Lanzhou West Railway Station to the airport. There is direct airport shuttle bus to the airport departing from the exit of railway station, and the duration by direct airport shuttle bus is about 1.5 hours, and you can also take bus 608 there and the duration for the normal city bus is about 2 hours.

*Since the train schedules always change from time to time and they are only provided for your reference, please do not hesitate to contact us for the updated info!

Lanzhou is the largest railway hub in Northwest China, where the four main railways of Longhai, Lanzhou-Xinjiang, Lanzhou-Qinghai and Baotou-Lanzhou meet. It mainly serves normal trains and some high-speed bullet trains. Lanzhou railway station is located in the south of the city. The trains departing from/stopping over at Lanzhou can reach Beijing, Shanghai, Qingdao, Changsha, Chengdu, Xi'an, Urumqi, and other places. There are also express trains from Lanzhou to Zhangye, Jiayuguan and other popular scenic cities in and outside Gansu province.

The total area of Lanzhou Railway Station is about 18,000 square meters, with 5 platforms and 12 shared tracks (passenger and freight). An iconic replica of the ancient Flying Horse of Gansu stands in the middle of the outdoor square of Lanzhou Railway Station. It can accommodate 6,000 people waiting for the train at the same time. It is served by an elevated footbridge across the lines, arrival, and departure car ramps, escalators, and central air conditioning, electronic ticketing and an electronic-oriented information inquiry system.

How to Get to Lanzhou Railway Station 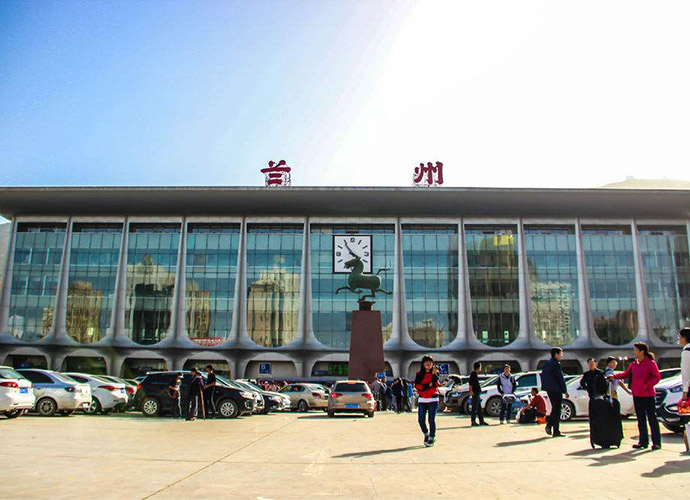 The Exterior of Lanzhou Railway Station

Top 3 Gansu tours chosen by most customers to explore Gansu in the best way. Check the detailed itinerary, or tailor your own trip now with us.