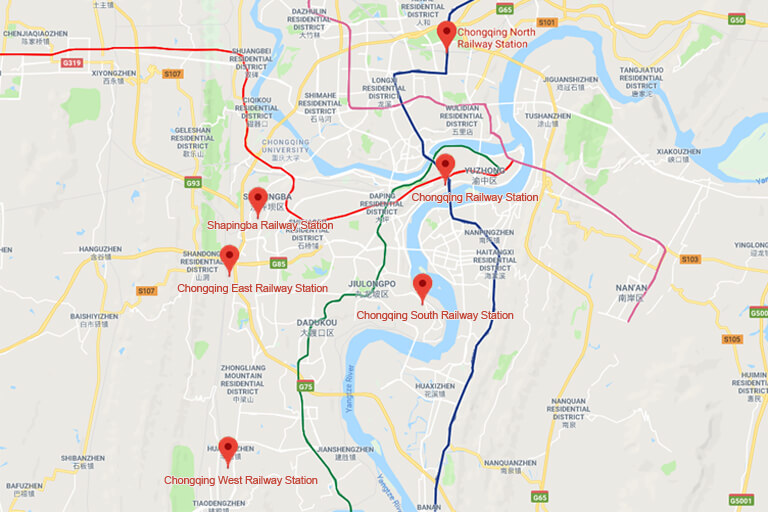 Ticket Offices: There are two ticket lobbies on its two sides. In the office, you are able to book, alter, collect and cancel your ticket. There are automatic ticket booking and collecting dispensers in the ticket lobby, but it can only recognize Chinese ID card. For foreign passengers, you have to book, collect, alter or cancel your tickets in different counters. Booking ticket must be earlier and you could book your ticket on website to avoid transferring to the railway station twice.

Entrance: The entrance to the North Square Hall is in the ground floor in front of the square. Entering the station, you have to pass the security check with passport and an available ticket.

Waiting Hall: Passing the security check, you will enter into the waiting hall and see a big electronical board which tells train information – train number, departure time, checking gate etc. Find your train and your checking gate and then take a seat near the checking gate. The drinking fountain is near the toilets.

Enquiry Desk: On the back of the big electronical board is the Enquiry Desk. You can ask the staff for help if you meet some problems.

Dining: In the Waiting Hall, you can find restaurants, snack bars and cafes where you can have many some local dishes, in a bit higher price.

Checking Gate: There are 29checking gates in the station, 1~15A on western side and 2~15B on eastern side. Read your ticket or the information on the electronical board to find your right Check Gate. After check-in, you can get down directly to the platform to border train. You can also use the elevator if you have large baggage.

Exit: Exit is located in B3 floor. 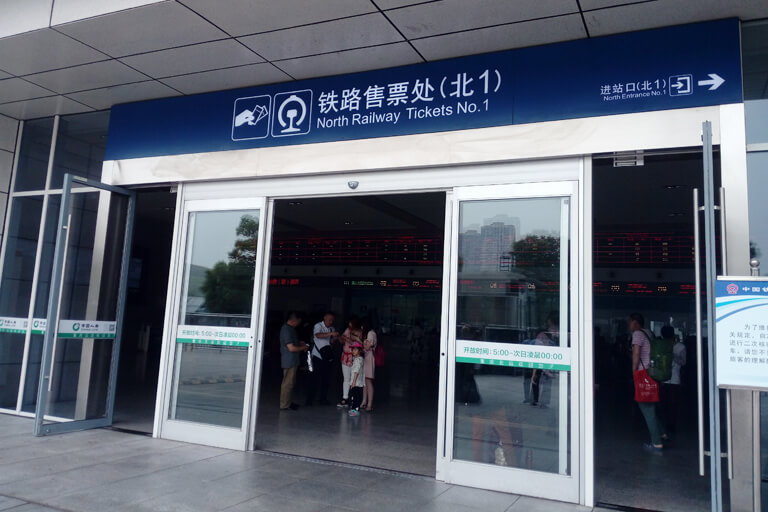 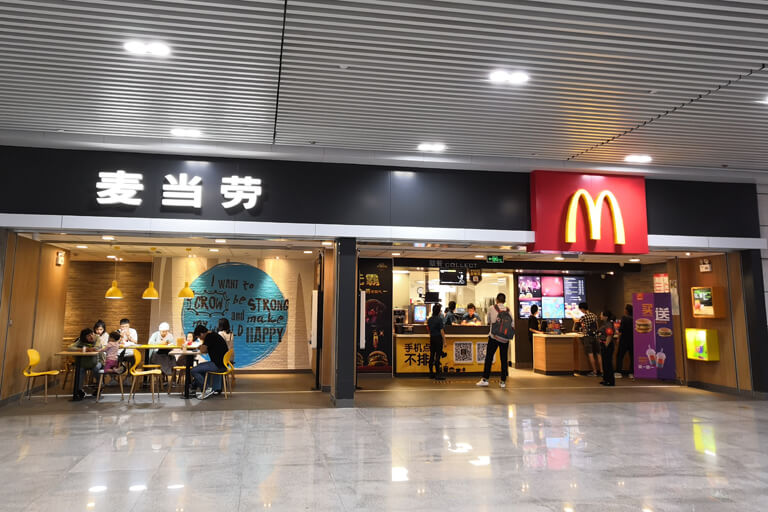 Mcdonald's in the Railway Station 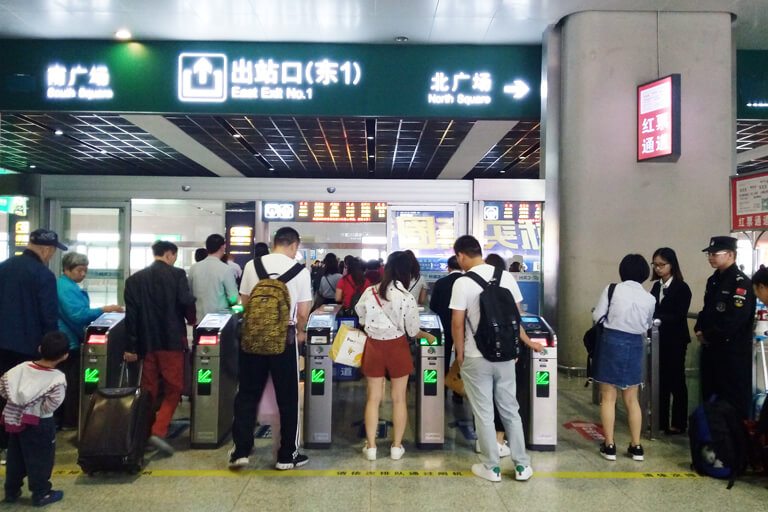 How to Get to Chongqing North Railway Station

● By Light Rail: You are suggested to take light rail Line 10 in Jiangbei Airport Terminal 2 which can take you the North Square directly within 40 minutes usually.

● By Taxi: You could take a taxi as well, and it takes about 30 minutes.

If you just finish your Yangtze River Cruise, you will disembark in Chaotianmen Port.

● By Taxi: Call a taxi and you can transfer between Chaotianmen Port and Chongqing North Railway Station within 40 munities if you are lucky to miss the traffic jam.

● By Light Rail: Take light rail Line 6 from Xiaoshizi Station (小什字) to Hongtudi Station (红土地)and then take light rail to the North Square. However, you have to walk about 1.5km (about 14 minutes) from Chaotianmen Port to Xiaoshizi light rail station. 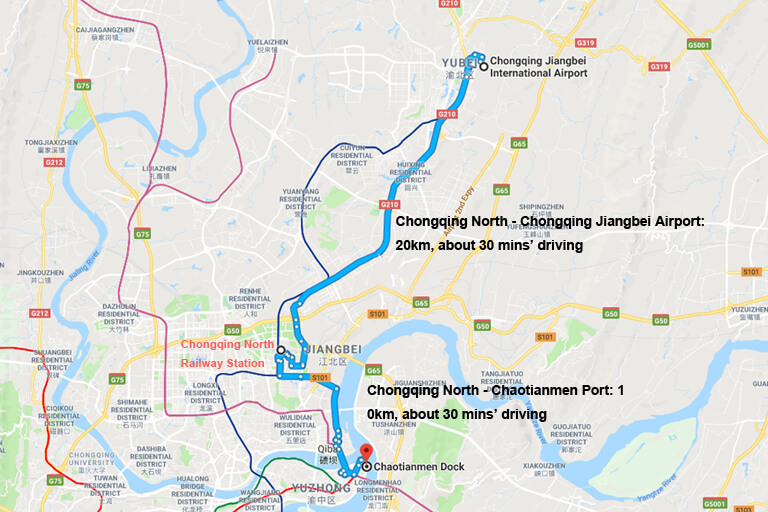 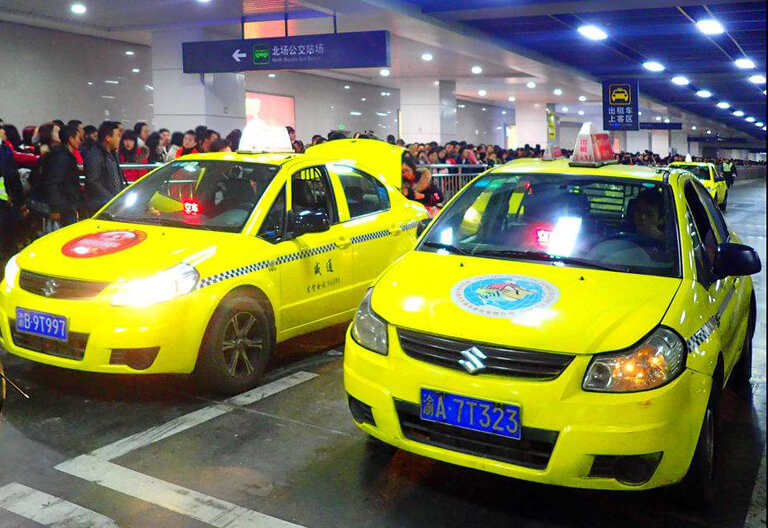 The main hall of Chongqing West Railway Station is made up of 3 floors at present, 2 floors above the ground and 1 floor under the ground. The first floor is for departing train, the second floor is for waiting hall, and the underground floor is for arriving train.

There are three entrances to Chongqing West Railway Station, Entrance 1 on east side, entrance 2 on south side and entrance 3 on north side. Crossing the the entrance 1, you will arrives at the first floor. Then you can take an elevator or the two escalators to the second floor. It is also available to reach the second floor from the entrance 2 and entrance 3. There are four ticket offices in the railway station, two on the two sides of entrance 1, one beside entrance 2 and one beside entrance 3. In the offices, you can book, cancel, and alter your ticket. Only with the ticket, you are able to enter the Waiting Hall across the entrances. In the waiting hall, there are 58 checking gates equipped in the waiting hall, 1 ~ 29A on south side and 1 ~ 29B on north side. The waiting all is spacious and bright. All the seats in the waiting hall are equipped with soft cushion. The toilets and drinking fountain are near each checking gate. There four toilets and drinking fountain area in each side as well. The nursing room is located on the back 18/19A checking gate and the barrier free toilet is located on the back of 18/19B checking gate. Since the railway station is still under decoration, not much commercial facilities are available. There are two convenience stores in the interlayer above the second floor. The smoking areas are also equipped in the interlayer. 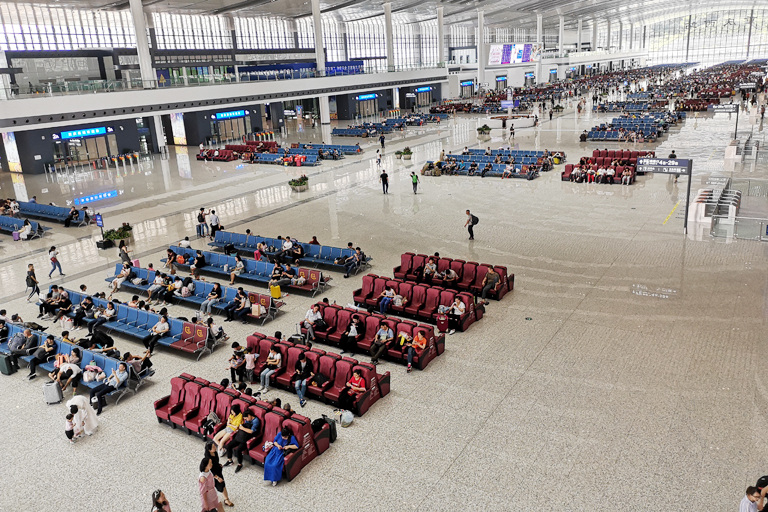 How to Get to Chongqing West Railway Station

Chongqing West Railway Station is a little far from the downtown area and it takes longer time to get there.

By Bus: Airport shuttle bus K06 transfers between the airport and Chongqing West Railway Station, but it take about 1 hour and 50 minutes.

● By Taxi If you call a taxi, you can reach transfer between them within one hour irrespective of traffic jam

By Taxi: Rather than complicated transfer, you are suggested to take a taxi directly, which takes about 1 hour. Usually, the taxi driver will drop you off at entrance 1 or entrance 2 of the station, so you can enter the waiting hall directly. If you take public bus, you will get to the first floor. 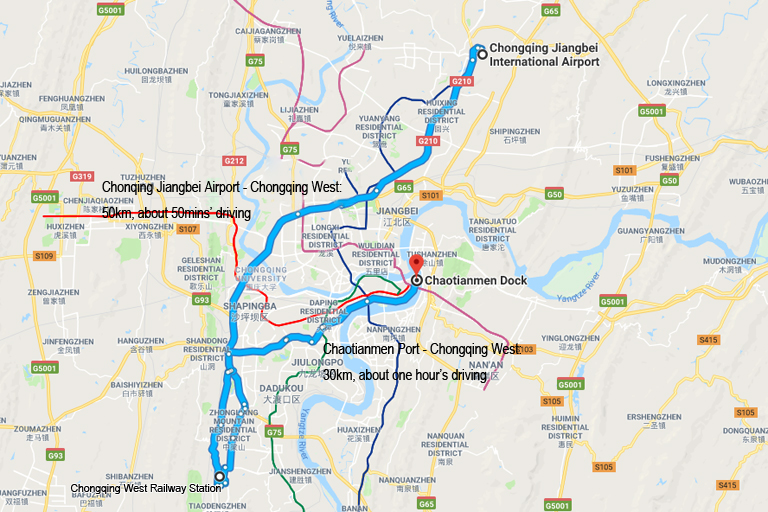 Shapingba Railway Station is an old railway station built in 1979 and renovated in 2018. It is a stopover station in Chengdu Chongqing High Speed Railway, operating 10 daily high speed trains to various cities in Sichuan, including Chengdu. The first floor is functioned as ticket offices, waiting hall, and other functional area. There are 6 checking gates in the waiting hall. Just as in other railway stations, you can find the electronical board with detailed train information and other facilities like toilets, drinking fountain, snack stores, etc.

How to Get to Shapingba Railway Station 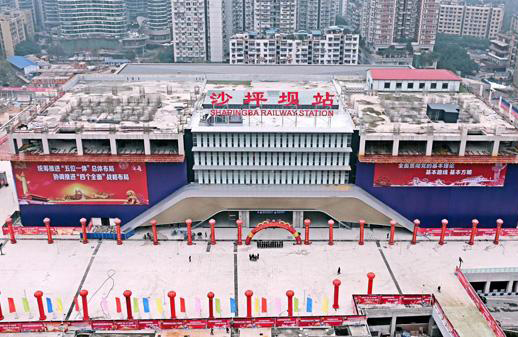 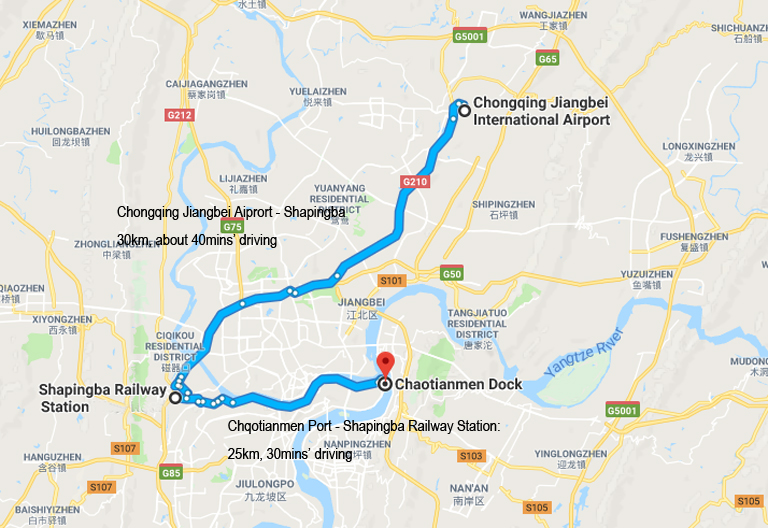 Before boarding a right train, you have several steps to follow: 1) Prepare your documents well (passport, visa); 2) Get to the right trains station in advance 3) collect train tickets; 4) Read your train ticket; 5) Pass the security control; 6) Security check & luggage check; 7) Find right waiting room; 8) Cross the ticket checking gate; 9) Get to the right platform; 10) Get on your train. After you get off your train, your ticket will be check again to leave the station. Check details>

China Discovery, with office in Chongqing, is professional in offering you a high-value Chongqing tour and Yangtze River Cruise tour. Moreover, traveling with us, you won’t need to worry about the complicated transfer. your local guide will meet you at the exit of the railway station and drive you to your hotels or attractions. 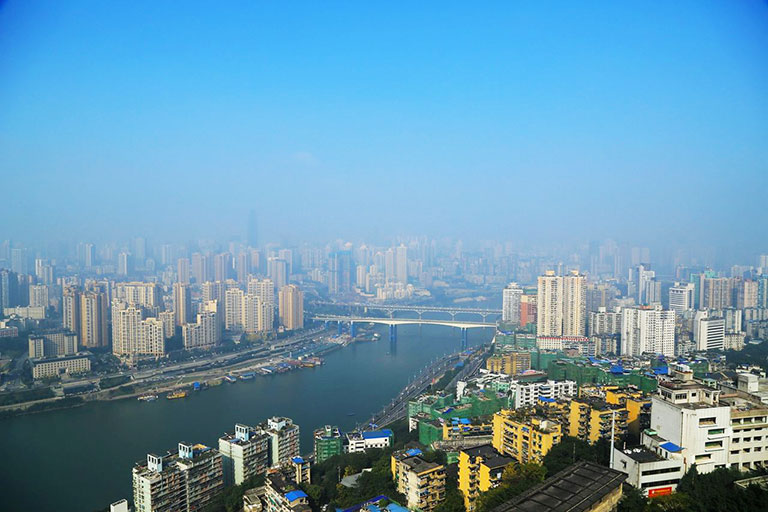