Important News: As the opening of Wuhan Shiyan High Speed Railway (汉十高铁), the transfer from Wuhan to the closest railway station of Wudang Mountaiun has been cut down from more than 5 hours to about 2.5 hours. After that, taking a high speed bullet train to reach Wudang Mountain for Taoism learning becomes more convenient and fun. More about Wuhan to Wudang Mountain Bullet Train Schedules >>

Wuhan, the capital city of Hubei province, is a key transportation hub on middle reaches of the Yangtze River Cruise, central China. With the very busy Beijing Guangzhou High Speed Railway passing through, Wuhan is well connected with the cities within Hubei province, as well as other major cities in China, titled as "Chicago of China".

By 5 hours’ comfortable transfer, you could travel to China’s Golden Triangle cities Beijing, Xian and Shanghai. Moreover, with 2 hours’ high speed train travel from Wuhan to Yichang, you can enjoy a relaxing Yangtze River cruise tour and the beautiful natural scenery along China Three Gorges. It’s also getting popular to get to the finest scenery under heaven - Guilin and colorful Yunnan no matter after your terracotta warriors visiting or the luxury Yangtze River cruising...

Generally, there are more than 600 high speed trains running from Wuhan to other cities of China, including Yichang, Beijing, Shanghai, Xian, Guangzhou, Shenzhen, Chengdu, Chongqing, Kunming, Guiyang, Hangzhou, Nanjing, Harbin, Taiyuan, Huangshan, Xiamen, Changsha, Guilin, Luoyang, Lanzhou and more. Whether you will travel to northeast, northwest, southwest or any main destinations, you can always find the available high speed trains from Wuhan.

For its location at the bank of Yangtze River, east of Hubei Province, Wuhan has convenient transportation to nearby Yichang, where travelers can take Yangtze River cruise. It’s still easy to have Great Wall Hiking in Beijing, see international skyline of Shanghai, visit Terracotta Warriors in Xian, observe Giant Panda in Chengdu, and discover other major cities within a few hours’ high speed train from Wuhan.

Yichang is the second largest city of Hubei Province and an important port on the Yangtze River, which lies in the west of Wuhan. Totally, there are more than 70 high speed trains traveling from Wuhan to Yichang, including 11 daily G trains and dozens of D trains. The entire trip takes about 2 hour or more. It’s very convenient to catch any train you want, for the trains are scheduled from 05:33am to 20:24pm.

The earliest one D7080 (from Wuhan Railway Station) departs at 05:41 and arrives at 07:52. Then, it is followed by more bullet trains. The last train G1036 departs from Wuhan Station at 20:24 and arrives at Yichang East Railway Station at 22:41. Now, only First Class & Second Class Seats are offered for D trains while First, Second and Business, 3 kinds of train tickets are sold for G trains.

This rail route is perfect for travelers who want to take a 5-day upstream Yangtze cruise from Yichang to Chongqing. If you are interested in this transfer, please just contact our travel experts and they are ready here to book your train tickets and arrange your Yangtze cruise/tour according to your travel plan.

Shanghai is located in the east of Wuhan with Anhui Province and Jiangsu Province in the middle. Travelers are recommended to take a high speed train from Wuhan to Shanghai to save more time for the sightseeing, culture, history, and other fun things in the metropolitan Shanghai. The good news is that all the three train stations of Wuhan operate high speed trains to Shanghai. There are more than 30 trains (about 10 G trains and over 20 D trains) available.

D Trains : takes about 5-6 hours. 23 daily trains are available from 07:31 to 17:25, and they depart from Hankou and Wuchang Railway Stations to Shanghai and Shanghai Hongqiao Railway Station.

The high speed rail between Wuhan and Guangzhou belongs to part of Beijing Guangzhou High Speed Railway. More than 60 high speed trains run from Wuhan to Guangzhou, passing through three provinces of Hubei, Hunan and Guangzhou every day. The train time from Wuhan to Guangzhou is shortened from 14 hours to only 3.5 - 5 hours at a speed of 350km/h. The earliest train G1103 departs Wuhan at 06:53 and arrives in Guangzhou at 11:24. Then from 07:25 to 19:12, there are frequent G trains you can choose. The train G79 is the fastest one, starting at 14:20 and reaching Guangzhou at 18:01, for only 3 hours and 41 minutes.

All of the Wuhan Guangzhou high speed trains stop in Changsha. If you want to get off in Changsha and transfer to Zhangjiajie and Fenghuang Ancient Town, you could just stop at Changsha South Railway Station.

Known as the home of Terracotta Warriors in the world, Xian is situated in Shaanxi Province, the neighboring province of Wuhan. Now, Wuhan has many high speed G trains running to Xian, linking the two great ancient cities together with only 4 - 5.5 hours’ train travel. There are 15 G trains every day. The earliest train G856 departs at 09:17 and arrives at Xian North Railway Station at 14:27. While the last one leaves Wuhan Station at 18:07 and get to Xian North at 22:32. Since most trains make stopover in Zhengzhou, Luoyang, Huashan, etc. en route, therefore, you could get off to visit the famous Shaolin Kung Fu, Luoyang Longmen Grottoes, and Mount Huashan to know more about China. This line is one of the wonderful trips of good quality.

More than half a day’s train trip, you can travel from Wuhan to Kunming, the capital city of colorful Yunnan, where you can start and extend your Yunnan discovery. For travelling to Kunming from Wuhan via Hunan and Guizhou Provinces, there are up to 6 high speed trains are available. You could choose from the 6 daily shifts in the morning and afternoon to transfer from Wuhan to Kunming for only about 6.5-8 hours. Moreover, the fastest train G403 (12:20-18:43) takes only 6 hours 23 minutes for the whole journey. The following train, G1537 (12:48-20:51), costs the longest duration. Since the traveling time between Wuhan and Kunming is not very long, we suggest you book the Second Class Seat or the First Class Seat if you are planning a budget tour in China.

The long north-south Beijing Guangzhou High Speed Railway lets Wuhan served by trains going to all directions in china. From this transportation hub, travelers could also catch high speed trains (or bullet trains) to the Hometown of Giant Panda - Chengdu (14 trains for about 10 hours), to the Mountain City - Chongqing (31 trains for 6.5 ~ 7 hours), to paradise on earth - Suzhou (31 trains for 4 ~5 hours) and Hangzhou (10 trains for 4.5 hours), to the picturesque land - Guilin (8 trains within 5 hours), and Wudangshan and more tourist cities in China, such as Changsha, Guiyang, Nanjing, Xiamen, Lanzhou, Zhengzhou, Luoyang, Harbin, etc.

If you are interested in a China high speed train tour package from or to Wuhan, please select from our recommended Wuhan High Speed Tours, or just contact our travel experts, they will help you tailor make the itinerary and arrange the train ticket and accommodation quickly and professionally. 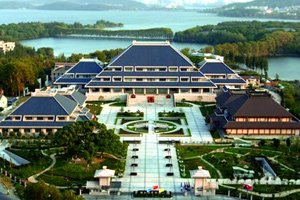