To travel Hohhot (Huhehaote 呼和浩特) and the whole Inner Mongolia to lie on the boundless grassland and gallop on a horse, your trip plan can be adjusted into perfect by the high speed train accessibility after 2017. Quite different than the coach riding or slower normal train traveling, Hohhot bullet trains can now take you to some large and popular tourist destinations in this emerald and attractive Inner Mongolia autonomous region in northern China, and enjoy the various ethnic culture, special local dishes and drinks, wonderful activities and events, typical Buddhist temples and monasteries, and the nice freedom with those long expecting natural sceneries. 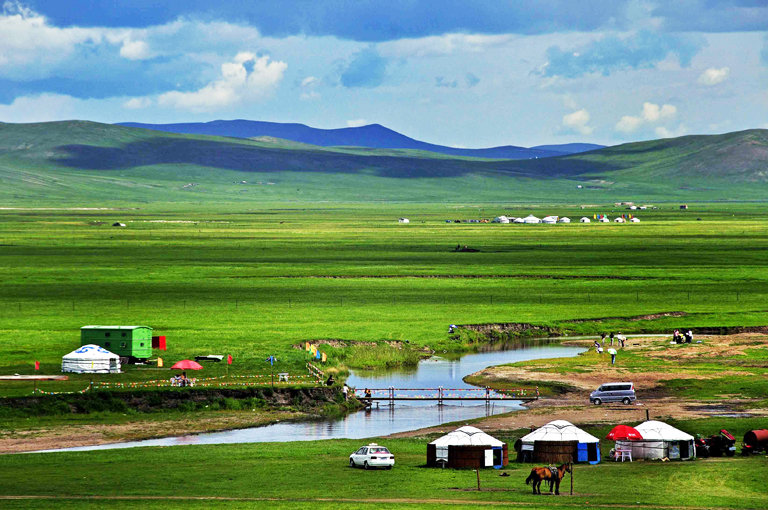 Big News! Beijing-Zhangjiakou-Hohhot High Speed Railway has been opened on December 30, 2019. It largely shortens the train journey from more than 9 hours to merely 2 hours. A day tour to grassland in Inner Mongolia from Beijing is thus realized truly. Over 15 pairs of high speed train are running on the route daily, and some sections between Beijing and Zhangjiakou firstly use pilotless trains. Because Hohhot is the capital city with bullet trains connecting nearby tourist places in Inner Mongolia, you can extend train trip from Hohhot to Ordos (Eerduosi鄂尔多斯), Baotou (包头), Ulanqab (Wulanchabu乌兰察布), Zhuozi (卓资), Jungar (Zhungeer准格尔), Dongsheng (东胜), etc.

Though there are not many places linked with Hohhot by the bullet trains, there still are some popular rail routes connecting Hohhot and some favored tourist destinations in Inner Mongolia for your inspiring journey there.

If you want to take train travel from Hohhot to Ordos within Inner Mongolia, there are about 5 bullet trains (D trains) available daily. The bullet trains all departs from Hohhot Railway Station to Ordos Railway Station. For only a short train riding of about 2 hours, you can get off and transfer to see the Mausoleum of Genghis Khan, Resonant Sand Bay and other featured highlights in Ordos. Compared with the normal K trains and Z trains needing about 3.5-4 hours, the Hohhot Ordos high speed bullet trains really save a lot of time and provide much better comfortable train travel experience and time for break and scenery. 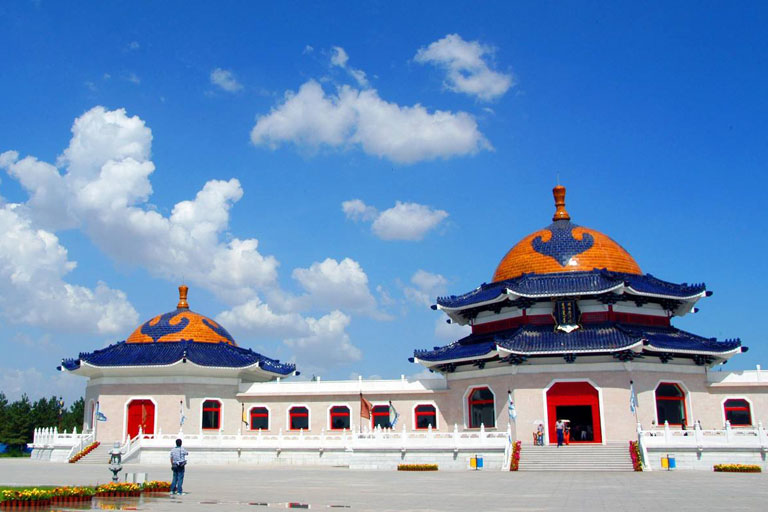 After your enjoyment in Hohhot to see those temples, monasteries, mosques and some interesting historical sites, you are recommended to take a bullet train to Ulanqab in the east. Every day, there has more than 10 high speed bullet trains running between Hohhot and Ulanqab (about 8 G trains and 7 D trains included). The fast bullet train takes around 30 minutes. By taking the unique train journey, you can continue discovery of Inner Mongolia and immerse into the pleasant grassland of Gegentala and Huitengxile. Besides, there are also over 30 normal K trains and Z trains from Hohhot and Ulanqab, which mostly take about 1.5 hours to arrive. 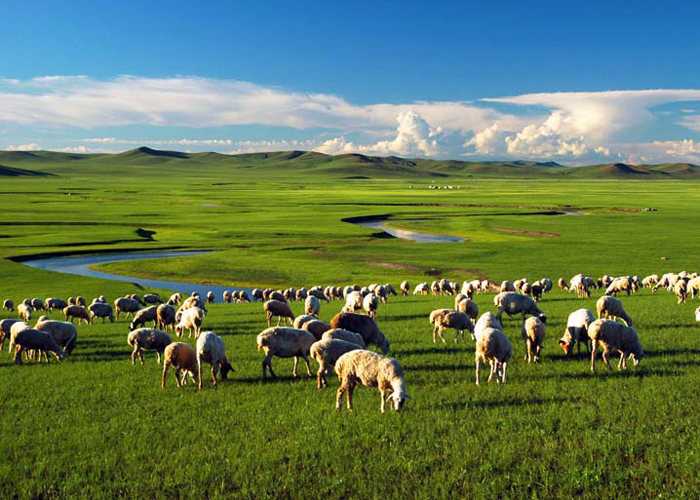 There are frequent high speed bullet trains, including about 4 G trains and over 10 D trains running from the capital Hohhot to Baotou, the largest city in Inner Mongolia. Trains are arranged between about 06:00 from early morning to 23:30 at midnight each day. After having fun in Hohhot, just take 1 hour ride, it’s quiet fast and convenient to transfer to Baotou to visit Wudangzhao Monastery, Meidaizhao Monastery, Xilamuren Grassland and other tourist areas in and around Baotou. 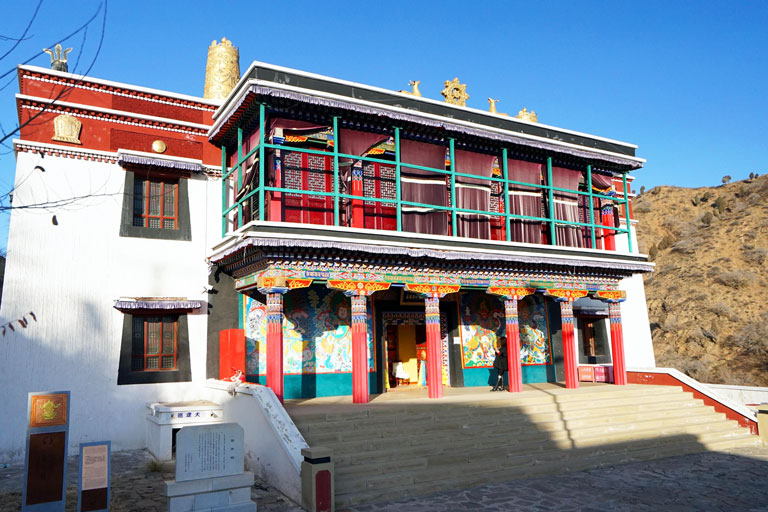 In Hohhot, there are two railway stations used for high speed trains, which are Hohhot Railway Station built in 1921 and Hohhot East Railway Station starting to serve in 2011. Both stations are close to Hohhot downtown place, so you can find it easy to get there and transfer to the major attractions in Hohhot. Let’s check more details about the two stations at below.

Hohhot Railway Station is located at No.41, East Dongzhan Street, Xincheng District, Hohhot (呼和浩特市新城区车站东街41号 - 呼和浩特站). It is about 2 kilometers to city center and usually takes about only 8 minutes by car.

Hohhot East Railway Station is situated at Nandian Village, Wantong Road, Ruyi Development Zone, Hohhot (呼和浩特市如意开发区万通路南店村 - 呼和浩特东站), which is also close to downtown and usually takes about 25 minutes to there by car.

From this station, you can take a car to Dazhao Temple and Five Pagoda Temple for about 0.5 hour. To get to Inner Mongolia Museum, it needs only about 10 minutes by car driving. If you want to extend to visit Zhaojun Tomb, it will take about 40 minutes, etc.

Note: For more info about Hohhot railway stations and transportation to most highlights, please feel free to contact our Travel Consultant for help. 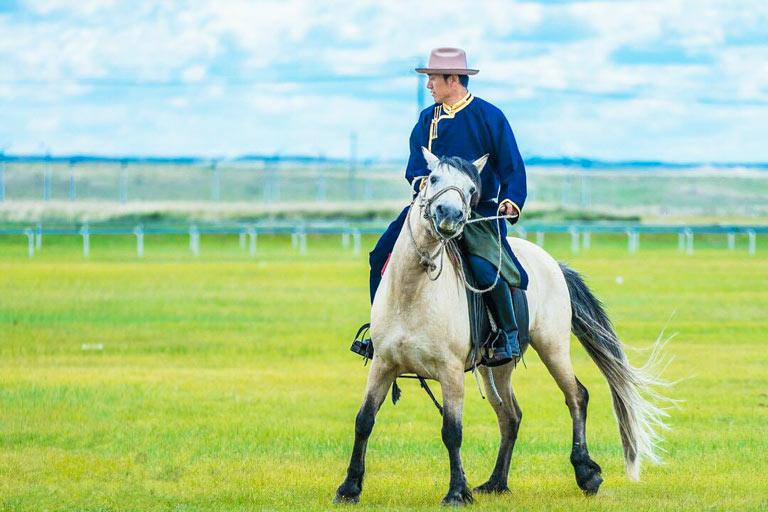