In 2015, a nine-minute YouTube video made by a Swedish boy who was traveling in China aroused hotly debate over China High Speed Train. In the video, a coin kept its balance aboard a high-speed train hurtling across the Chinese landscape at speeds up to 310 km/h, even in the slow-down moments the coin stood steadily.

How advanced is high-speed rail in China? China has the world’s largest and still expanding high-speed rail (HSR) network. “Chinese high speed trains are an exceedingly comfortable way to travel”, such sentence has been widely recognized on Quora.

Not only the Panda Owner, also a Happy Country with Advanced Bullet-like Trains 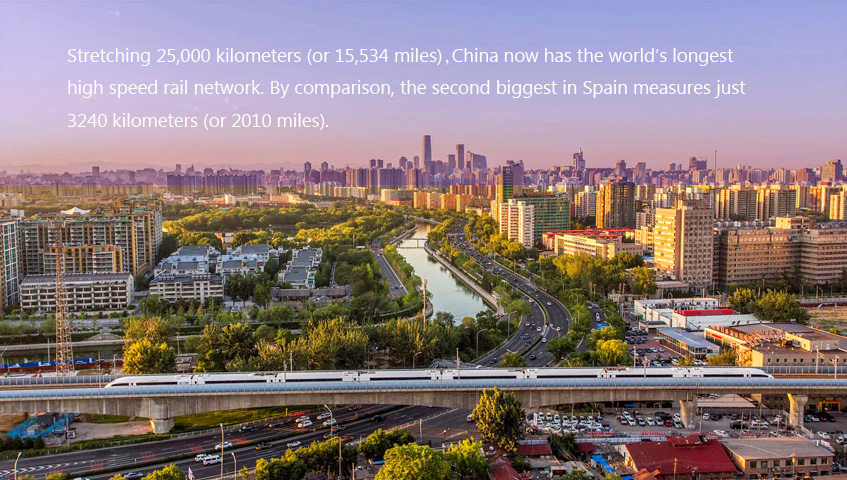 China owns every single panda that exists in this world and owns all future offspring of all pandas, which attracts numerous travelers to China every year. However, nowadays, more travelers come to China not only for the cute pandas in Chengdu, but also for the adventure experience of Advanced China High Speed Trains.

How advanced is high-speed rail in China? China’s high-speed trains carry almost 2 million people daily, which is about one-third of the total number of the country’s rail passengers. Totally, high speed trains in China have delivered more than 9 billion passengers. The High Speed Trains are admired to be more convenient and efficient than flights. Actually, when you arrived at the station 10 minutes before the train leaves instead of an hour or more, you will feel that you can save lots of time hanging around an airport. When you sit down in your seat and realize that you can actually move your legs, or past your neighbor without disturbing, you will feel stunning. When you free yourself of safety belt and hang the walkway freely while travel at a speed more than 320km per hour, you won’t even feel you are traveling.

If you are interested in further details about the advanced China High Speed Rail, check more about Facilities, Food & Service on High Speed Trains.

Want to see the cute Giant Pandas in Chengdu and experience the super fast high speed trains in one single trip? China Discovery offers you the most popular Panda train tour to Chengdu and nearby sites of Leshan Giant Buddha and Mount Emei. 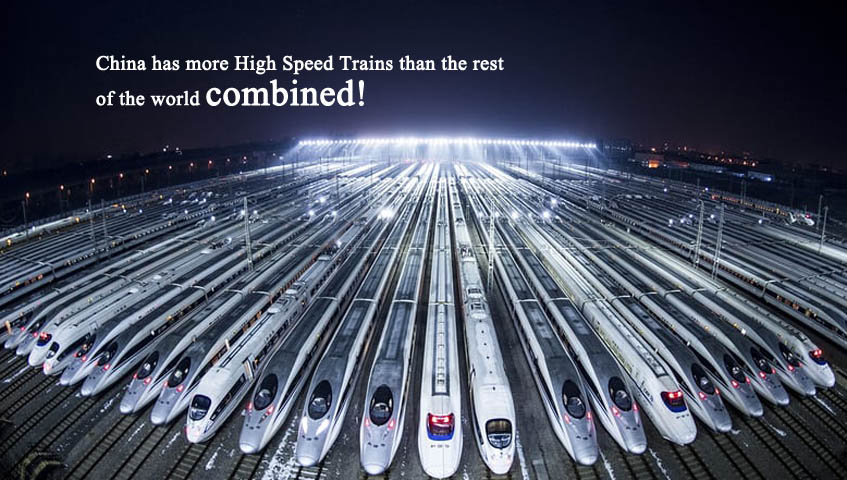 The total length of HSR tracks in China reached over 25000km by the end of 2017, (29000km by end of 2018) accounting for 66.3 percent of the HSR tracks in the world. Now China is the country with the longest high speed rail lines. Thanks to the large-scale development from 2008 to 2017, over one hundred cities in China were linked by high-speed railways. Almost every provincial capital city in China has its own high speed train station except Yinchuan and Lhasa. But there are continued expansion plans that the only two cities are expected to be covered by high speed train in 2020 and 2025. And more high speed railways are under planed and construction to conect more cities in China.

For travelers who want to explore China slowly by a longer high speed train travel, there are many choices you can choose from. With fast speed, you can enjoy stunning tourist attractions in different regions of China along the rail lines. Below are our most recommended long-distance bullet train trips.

>> 14 Days Wild China Tours from Shanghai to Yunnan on Express

Have a Look at the "Stunning China Speed" 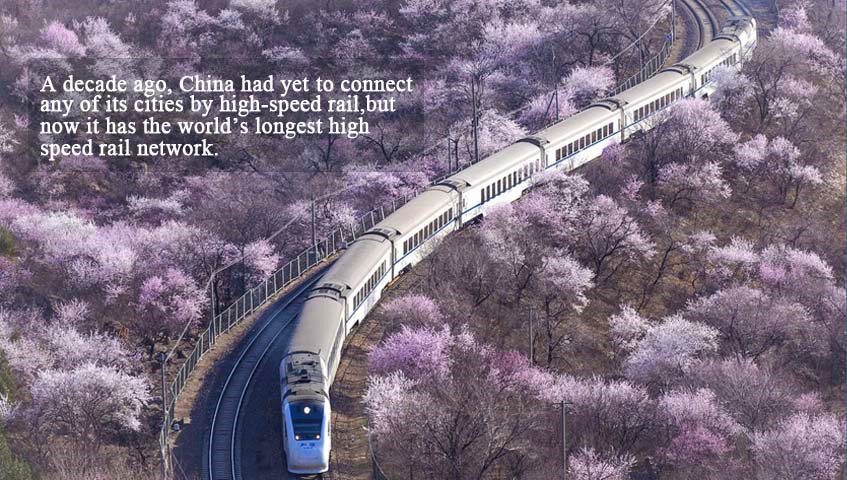 The first Beijing-Tianjin line took three years to build, while rest of the national network took just another ten. The high speed trains, which also called bullet trains for their bullet-like locomotives, have been reached almost all large cities and most tourist cities in China during last 10 years. The rapid development of China's high-speed railway has become the focus of the whole world. From the construction of the world's largest high-speed rail network to the stunning "China speed", China’s bullet trains hurtling millions of passengers over distances people usually consider “impossible.”

On December 3, 2010, the CRH380AL, which created the fastest test speed in record, ran like a low-speed jet aircraft on the Beijing Shanghai high speed railway. In December 2011, The 500 Km Test Train, which was developed by CSR Sifang Corporation, created the highest experimental speed about 605 km per hour. Although the flight from Beijing to Shanghai (for example) takes about 2 h and 20 mins, shorter than the 4 h 18 mins train ride, once you take travel time to/from the airport and the like hood of long delays into account the punctual high speed rail is far more appealing.

If you want to experience the fastest speed of China high speed trains, you are highly suggested to take the newest Fuxing Trains running on Beijing Shanghai High Speed Railway and the very convenient Beijing Tianjin Intercity Trains. 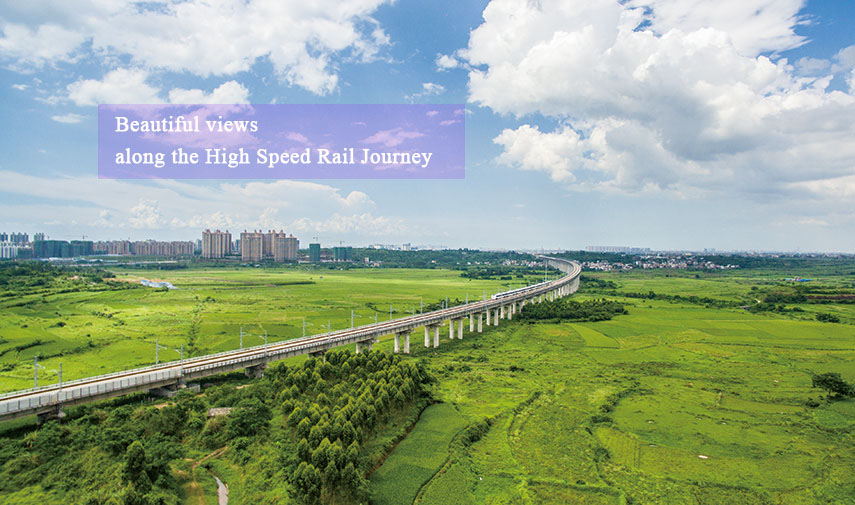 The 653km long High speed train around Hainan Island was put into operation On December 3, 2010. It was world’s first island-looping high speed train. Passengers can go around the main island of the province from the Phoenix Airport, while enjoying a view of the sea.

In December 2012, the Harbin-Dalian high speed train, which passed through Liaoning, Jilin and Heilongjiang three provinces at a designed speed about 350km/h, was put into operation. It is the first HSR built on a high latitude area. According to the meteorological records in the past 30 years, those three provinces are the coldest places in winter. The temperature difference in a year of those three provinces in China's northeastern region even reaches 80 degrees Celsius.

The 1776km long Lanzhou Urumqi High speed train was opened to traffic On December 26, 2014. It is a "modern steel and silk road" that connects both east and west part of China. Except enjoys the longest high-speed mileage constructed at once, it also holds the honors of the first High speed train passes the wind area of deserts. Chack the detailed information about the amazing Lanzhou Xinjiang High Speed Train.

The first HSR built on a collapsible loess area (Zhengzhou-Xi'an route) opened. The CRH380AL created the fastest test speed over the world (486.1 kilometers per hour) when traveled from Beijing to Shanghai.

Check more detailed information including map, schedule, station and what to see along the way about Zhengzhou-Xi'an High Speed Train.

Beijing-Guangzhou-Shenzhen-Hong Kong Express Rail Link will soon be finished. When finished, it will be the only Chinese high-speed railway to cross a border that requires immigration and customs clearance. The Hong Kong section is expected to open in the third quarter of 2018. By that time, Hong Kong to Shanghai will be reduced from 19 hours to 8 hours, while Hong Kong to Beijing will be reduced from 24 hours to 9 hours. Know more about Beijing High Speed Rail. 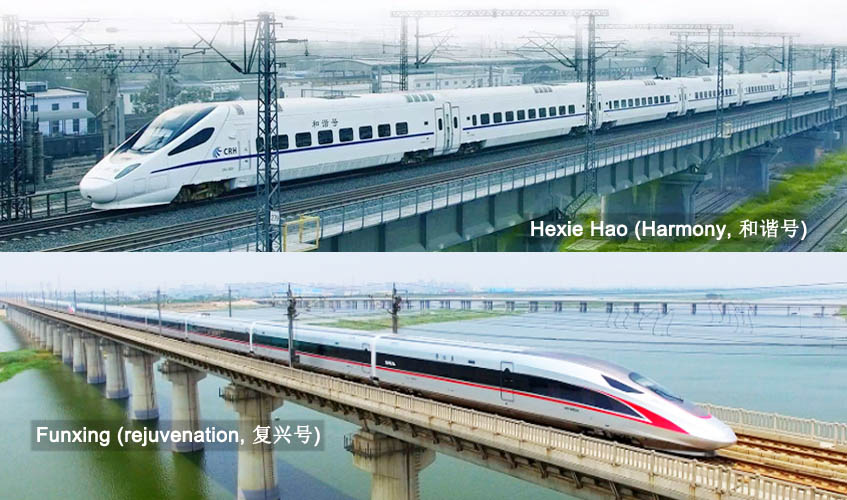 If you are interested in further details,check more about China High Speed Train Types.

No High Speed Train Existed in China before 2008. None at All! 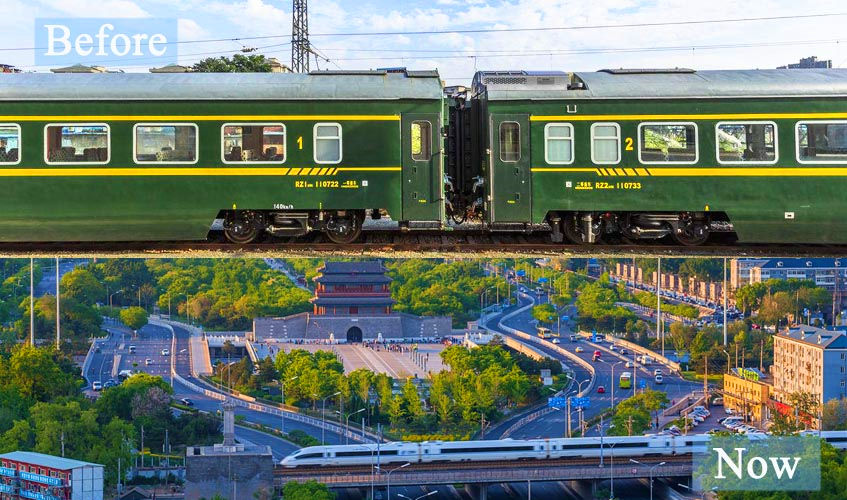 Needless to say, China didn't hold any honor about High Speed Train before 2008. There was no High Speed Train at all over those years! But things changed after the Olympic year 2008. With a top-speed of 350km/h, which is faster than most of other countries over the world, the Beijing-Tianjin Intercity Railway(京津城际高铁) opened. The new train service cut the 120-km journey from 70 minutes to about 30 minutes. 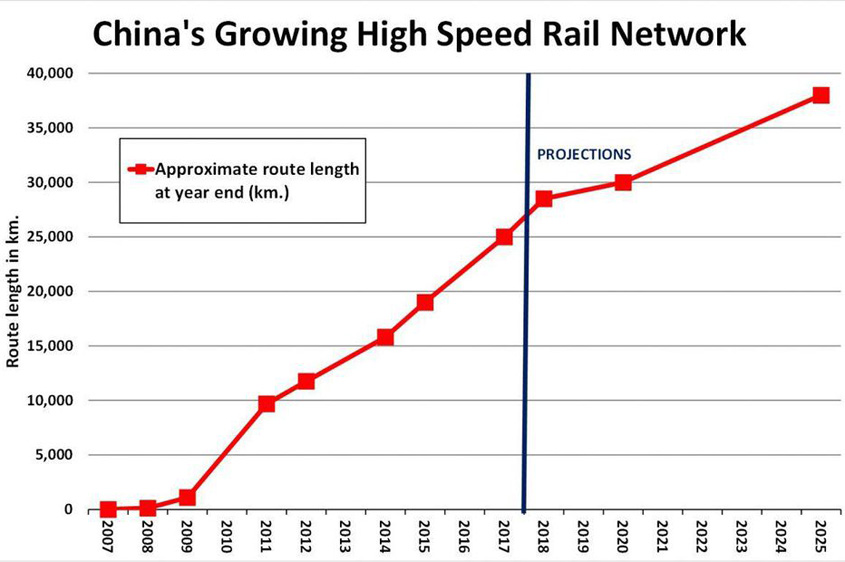 There are medium and long term plan about expanding High Speed Railway network in China. According to the medium plan, by the year 2020, China's railway network will be 150,000 km, of which about 30,000 km will be high speed. That means 80% of major cities in China will be covered by High Speed Train. And according to the long term plan, by the year 2030, the network will be full completed, the existing “4+4” network will expand to eight north-south, and eight east-west. 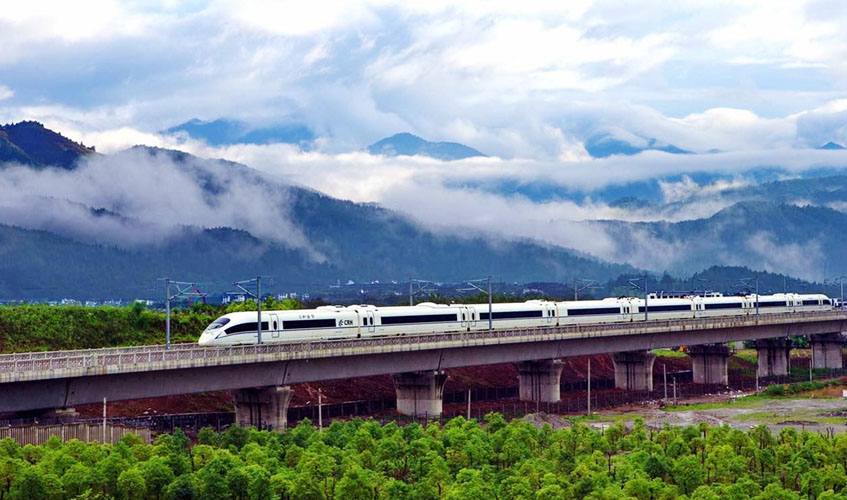 Railway authorities recently announced a new price rule. Unlike previous years, the high speed train ticket will no longer keep it fixed price. Starting from April 28, the price will change according to the needs of passengers, which means the price of holiday may higher than the rest work days, especially during the China Spring Festival. Besides, the railway department will also cut the price of train tickets for some of the 28 intercity railcars, with some discounts up to 20 percent. For those of you who may not be familiar with China's working days, let our professional travel expert check the newest and exact information for you. Or you can visit our updated China train schedules and fares to check the train ticket and start to plan you travel journey!