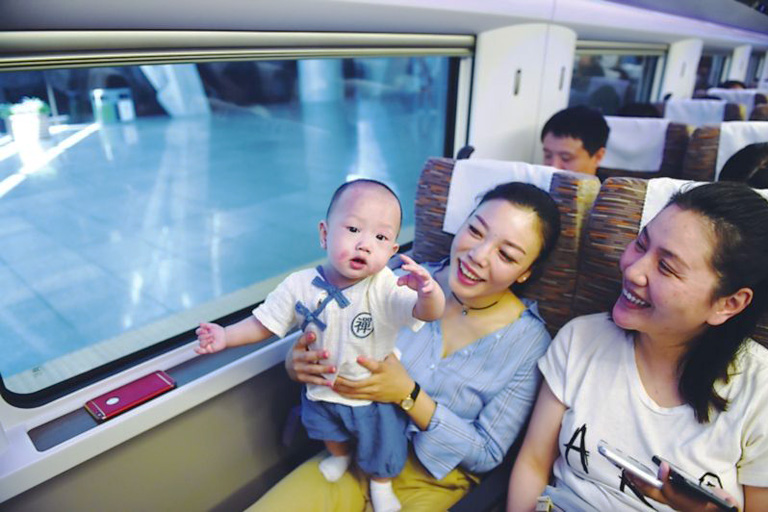 Advanced Fuxing Trains Run at a Speed of 400 km/h

Since China is rather vast, the distance between two cities perhaps is quite long. As a result, the convenient and fast transportation is important to travel in China. At present, there are several types of Chinese trains, including High Speed EMU Trains (G trains, D trains and C trains), normal trains (Direct Express Trains - Z trains, Express Trains - T trains and Fast Express Trains - K trains. Among these trains, EMU (short for Electric Multiple Unites) trains are the most popular ones, which offer faster and more comfortable journey. Formerly, Hexie (Harmony, 和谐号) trains are the only EMUS trains operating. After eight years’ study, research and practice, the mechanical engineers successful created Fuxing Trains after Hexie Trains. By the end of May 2018, there are 16 main province cities of China are linked by Fuxing Trains, including Beijing, Shanghai, Nanjing, Tianjin, Xian, Changsha, Hangzhou, Chengdu, Chongqing, Wuhan and etc.

Latest News: Since January 5, 2019, there are several new members of Fuxing train family were put into use in China. The green Fuxing train running at an average speed of 160km/h are running in Beijing, Shanghai, Yunnan, Nanjing, Chongqing, Lanzhou and etc.

Many components of Hexie Trains are imported from overseas, but Fuxing Trains are entirely designed and manufactured by Chinese. More than 20 Chinese firms have been associated with this project over the past three years. They made a great progress in the history of the high speed trains. These new trains underpin unique role that high-speed railway has played in China’s economic and social development as well. 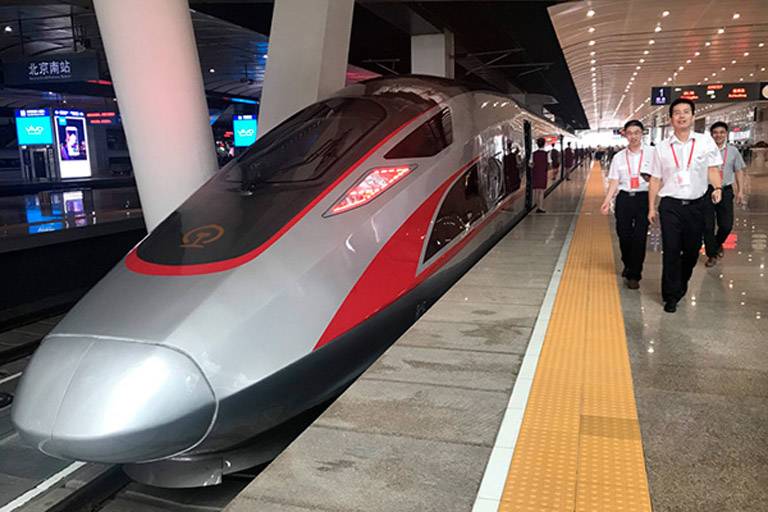 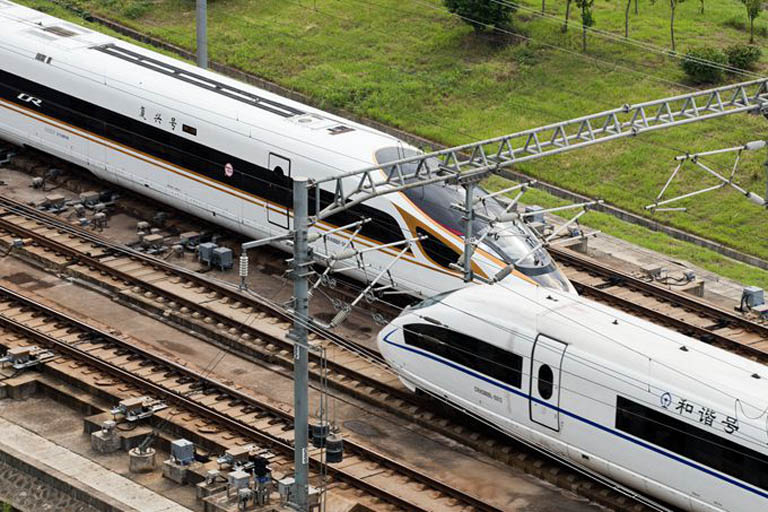 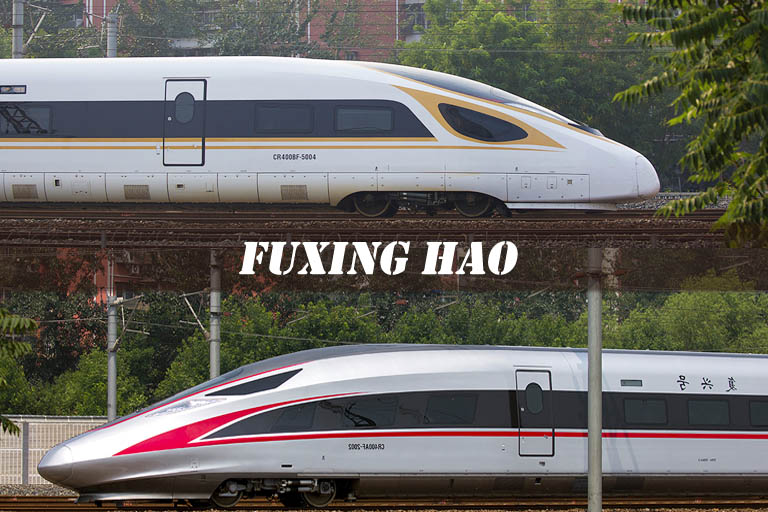 Tips: If you are traveling from Beijing to Shanghai or Shanghai to Beijing, you have the great opportunity to experience the updated and fastest Chinese Fuxing train on the busiest Beijing Shanghai High Speed Railway.

With the especially designed components Fuxing Trains enjoy a longer life span, which reaches as long as 30 years, about 10 years longer than Hexie Trains. The existing Hexie Trains, which have been in service for 10 years, are expected to be replaced by Fuxing Trains in the near future.

Different from other-typed EMU trains, Fuxing Trains has several marginal improvements. The locomotive of Fuxing Trains is carefully designed and decorated with red or golden. Because of its shape, the air resistance is reduced by 7.5% ~ 12.3% and the energy consumption consumed in every 100 kilometers is reduced by 17%. Undoubtedly, the operating speed is much higher.

Free Wi-Fi internet coverage has been offered on all Fuxing Bullet Trains. There is no password limit, thus passengers can easily play with their smart phones and laptops while travel at a speed over 350 kilometers per hour.

While designing Fuxing Trains, the Mechanical Engineers always took the customer experience into consideration. There are more humanized designs passengers can find in the cars of Fuxing Trains. Free Wi-Fi is accessed in the cars, and there is no password limit thus passengers can easily play with their smart phones and laptops. In addition, the position of charger plugs moved from the back of the front seats from the bottom of the seats and the passengers could recharge their electronic equipment conveniently. There is also an USB interface near the plug. The connections between two cars are equipped with baggage holders for some passengers with ticket for standing rooms.

To know more detailed facilities on board, you can read the Everything about China High Speed Train faclities which introduces available food, service and train travel environment!

Automatic door and Seat information display function are two significant improvements that distinguish Fuxing Trains from other types of Chinese trains including Hexie. Though both Hexie and Fuxing Train are equipped with thoughtful lavatories, but people have to open the door manually on Hexie Trains, while doors can easily opened at the press of a button on Fuxing Trains. Moreover, People can know whether the seat is sold or not through the color of electronic lamp on the seat screen, which means that once you unfortunately buy a no-seat ticket someday, you may find a lucky seat on Fuxing Trains. More importantly than all of that, Fuxing Trains apply a sophisticated monitoring system with over 2,500 monitoring points that will check the trains’ performance. Once any emergencies occur, the monitoring system will slow or stop the running train automatically and give alarm signal. In other words, Fuxing Trains provide a safer journey.

There are also several other improvements such as vibration and noise reduction facilities. Nowadays, the high speed trains are developing faster and faster. It is highly recommended to take high speed trains instead of normal trains when traveling in China. 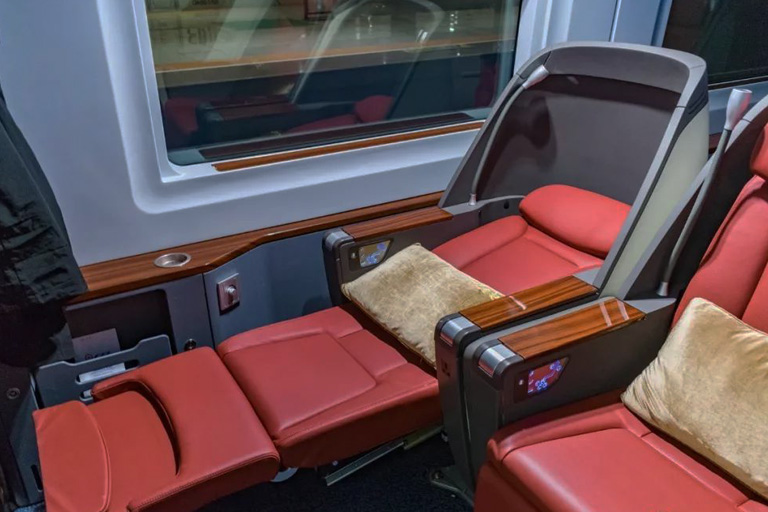 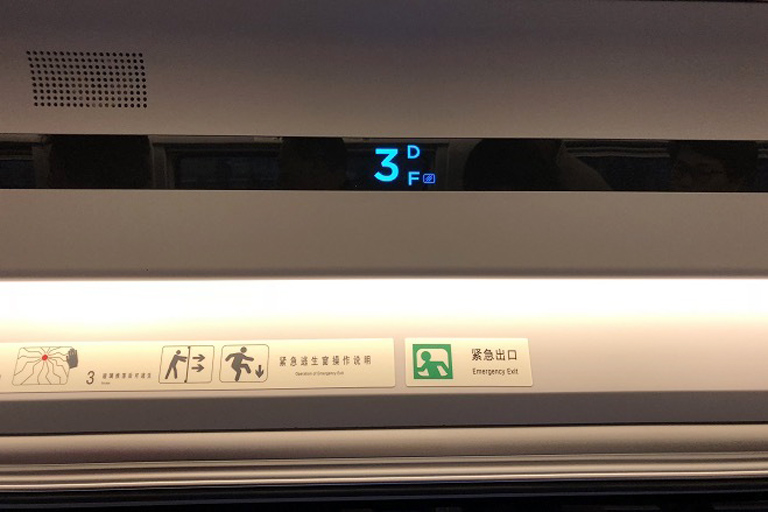 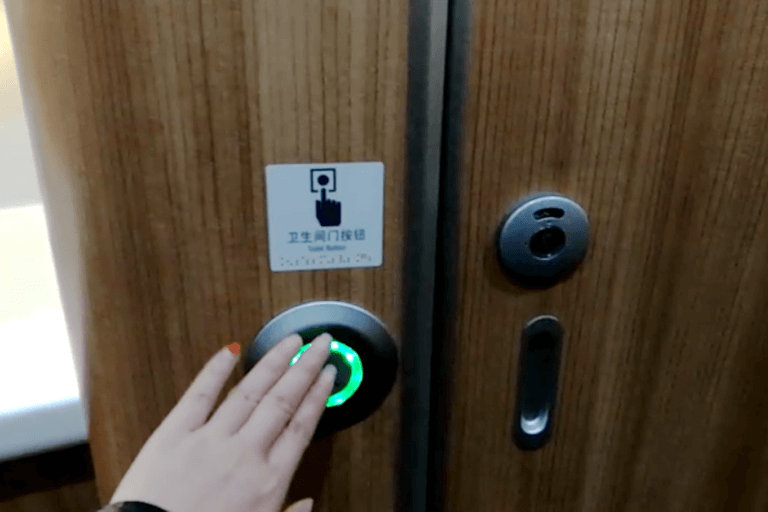 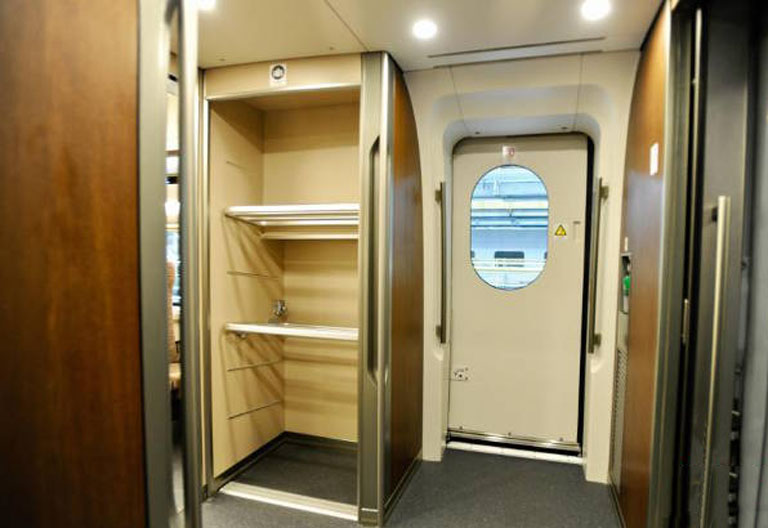 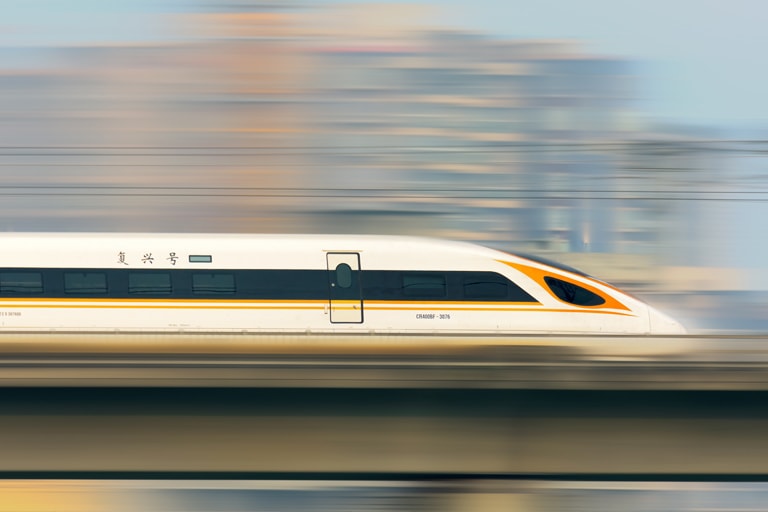 By the end of May 2018, there are 16 main provinces of China are linked by Fuxing Trains. You could check the detailed rail lines and cities of Fuxing Trains for your high speed train tour in China for reference.

Please Note:The above information about Fuxing Trains are only for your reference, details may be slightly changed according to practical situation, feel free to contact our professional travel expert for the latest and detailed information for help.

There are two ways to book High Speed Trains: go to the Train Station in person or buy the tickets online in advance. But due to the popular of High Speed Train Travel, especially the newly rising star Fuxing Trains, you’d better to buy the tickets in advance or else you may miss the perfect fit train. Only Chinese is available if people want to book tickets from the Official Train Ticket Website 12306, which is difficult for people who cannot speak Chinese. But you can book your Fuxing Hao tickets through our professional booking website after checked the above chart. Check more information about how to book the tickets if you are interested in.