You are here: Home » China Short Trips » Beijing Zhangjiajie Tours » How to Get from Beijing to Zhangjiajie

How to Get from Beijing to Zhangjiajie - By Flight & Train

Before you study the transportation between Beijing and Zhangjiajie, you may wonder why putting Beijing and Zhangjiajie in one trip? The answers are clear. Beijing is the most important gateway city to China with many international flights running to everyday. That means once you enter China and you can easily access to Zhangjiajie within several hours. Beijing is a melting pot of global power, ancient culture and modern energy. Walk on the Great Wall of China, experience the rich history of an ancient culture, and feel the energy an power of one of the fastest developing areas in the world. AND THEN, transfer to Zhangjiajie, a totally different nature wonderland with peculiar sandstone pillars and peaks and outdoor paradise fulled with thrilling activities and challenge. Huge contrast for your Beijing Zhangjiajie travel, isn’t it?

Now, it is time to check the latest transportation guide to know how to get from Beijing to Zhangjiajie 2022 and which is the most convenient way for the transfer. Keep reading!

How Far is Zhangjiajie from Beijing? 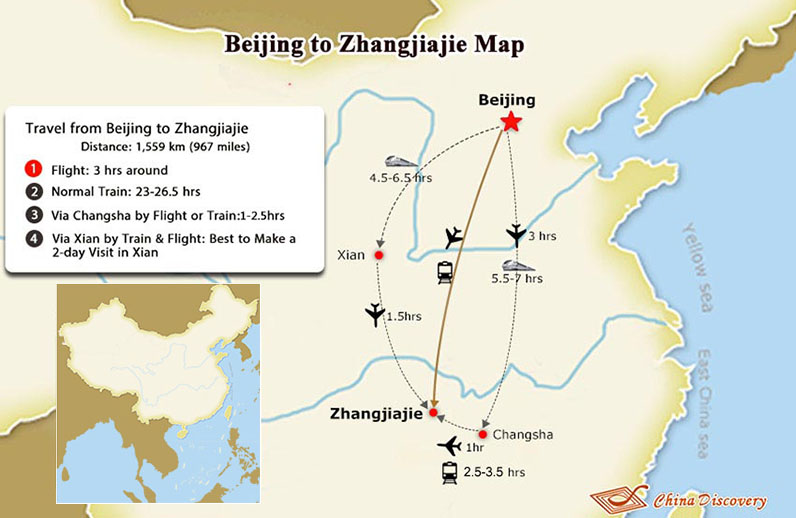 Travel Tip: Since there is only one from Beijing to Zhangjiajie, some travelers would take a connecting flight in the peak travel season. The connecting flights may make a stop for several hours in Changsha, Hengyang, Yantai, Jinan. It is time consuming and you can use it in special cases.

(Note: The above schedules may be adjusted based on the real situation. Please head to our real-time China train page to check Beijing to Zhangjiajie Train Schedules & Tickets.) 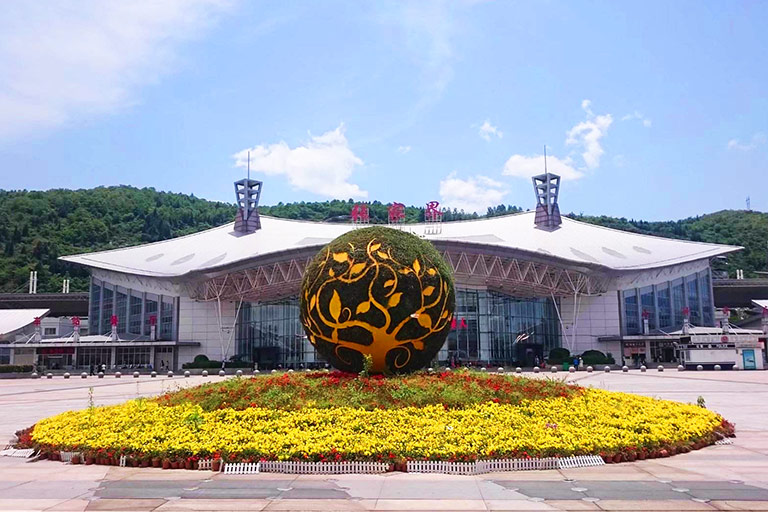 Changsha to Zhangjiajie: By Flight & Train

To know the detailed schedules of the flights and train to Zhangjiajie, you can check How to Transfer from Changsha to Zhangjiajie. 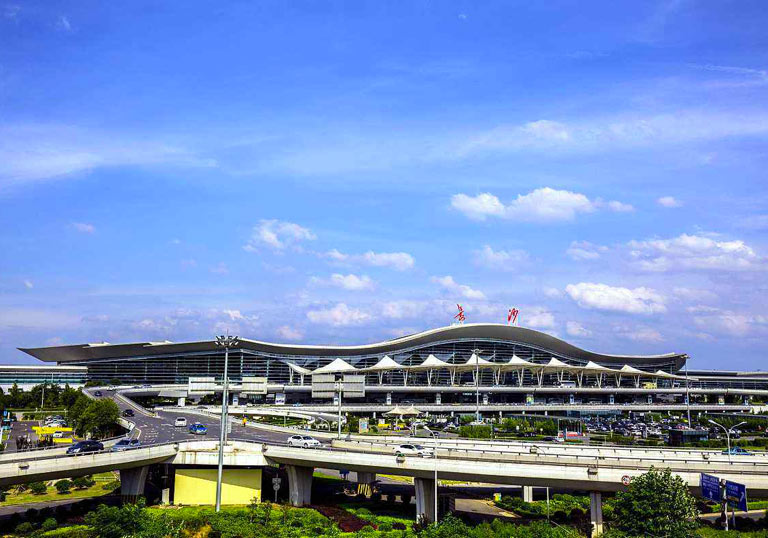 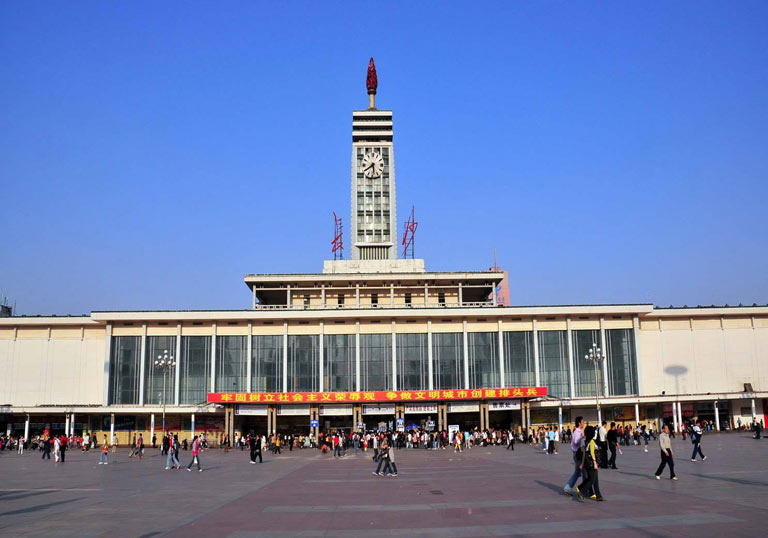 Option One: Beijing to Changsha by Flight + Changsha to Zhangjiajie by Flight (about 5 hours)

Travelers should hop on the morning G train from Beijing to Changsha before 12:00 and take the afternoon high speed train from Changsha to Zhangjiajie. The transfer between Changsha West Railway Station and Changsha Railway Station needs about 30 minutes either by maglev train or by taxi. Then, the whole travel time takes about 7.5 hours.

4. Beijing to Zhangjiajie Via Xian - Make a Stop in the Ancient Capital of China

Many travelers would take the itinerary as following: Beijing - Xian - Zhangjiajie - Guilin - Shanghai. They would like to make a stop in Xian for one or two days’ exploration. It will be great to take high speed train from Beijing to Xian (4.5-6.5 hours) and stay in Xian for about two days to visit Terracotta Warriors, Ancient Wall, Muslim Quarter, Big Wild Goose Pagoda and Shaanxi History Museum. After the visiting, take the evening flight from Xian to Zhangjiajie (1.5 hours).

Related Reading: Beijing to Xian High Speed Train | How to Travel from Xian to Zhangjiajie 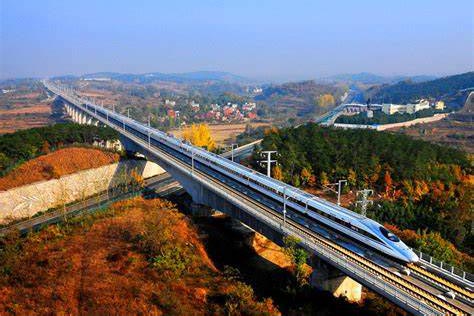 How to Plan your Beijing Zhangjiajie Travel?

To combine Beijing and Zhangjiajie in one trip, you need to spend about 6 days to 8 days.

You need 2 or 3 full days to explore the best highlights of Beijing, including Tian’anmen Square, Forbidden City, Great Wall, Temple of Heaven, Summer Palace, Hutongs, etc. If you have more days, you can go for an in-depth Great Wall hiking or explore more hidden attractions in the city.

Zhangjiajie is a scenic paradise with over 3000 narrow sandstone pillars and peaks, many over 200 meters high. There are many stunning tourist attractions scattered in and around Zhangjiajie City. It is a good idea to spend about 2 to 3 days in the north of Zhangjiajie City, about 30~40 kilometers away. Zhangjiajie National Forest Park, Yuanjiajie and Tianzi Mountain are usually combined into a two-day itinerary. Furthermore, Yellow Dragon Cave, Baofeng Lake and Zhangjiajie Grand Canyon & Glass Bridge can be visited in one day. To travel in-depth with a visit to Tianmen Mountain, it will take another day, forming 5 days’ itinerary.

To travel extensively, you can add Xian, Guilin, Shanghai into your trip. Usually, you’ll spend two days in Xian, 3 days in Guilin and 2 days in Shanghai. Take a look at the following sample itinerary: 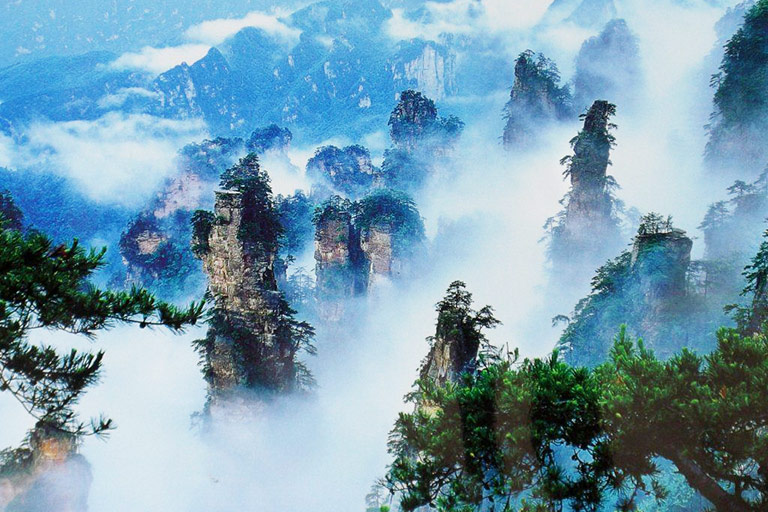 Besides above mentioned destinations, you can also go with Yangtze River Cruise, Chengdu, Huangshan, Kunming, Dali, Lijiang, Shangri-La, Lhasa, Pingyao, Luoyang and more destinations in China. If you have your own ideas to travel in Beijing, Zhangjiajie and China, please feel free to tell us your likes and demands and our experienced travel experts will adjust the arrangements based on your needs. All you need to do is to enjoy the tour and leave all the rest to us. Tailor make your China tour with China Discovery now! 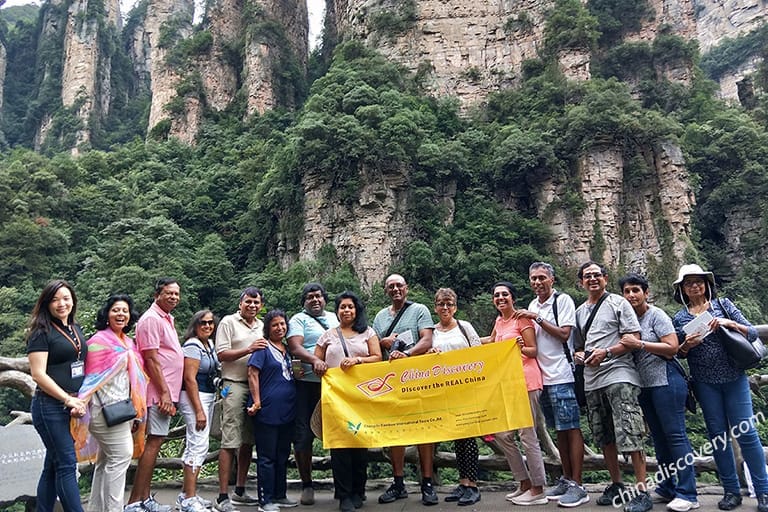 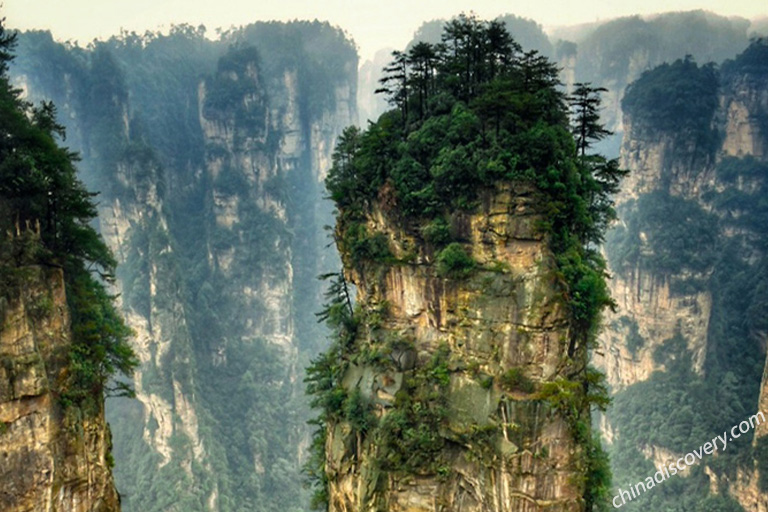